For some reason we had an extremely busy weekend! On Saturday we went to visit with friends and yesterday we had a birthday party. This meant there was no time for relaxing or taking pictures for a story. Therefore, this week there will be 2 installments in this series. I will just feel too guilty for not publishing a story today, as I usually do on a Monday morning.

Next up is the Mulberry Raccoon Family. Once more another family that I was unsure about at first. Then I sort of got fixated on them in a "have-to-have" kind of way and once again when they arrived I felt slightly disappointed because they were nothing like I anticipated (this is becoming a bit of a trend too - writing about the families I was disappointed with at first. And then they got the houses first too? Maybe because I felt a bit guilty for not being completely in love with them from the start).

I think they main reason for not loving them at first was because they were so big/tall. They would've been much cuter in my opinion if they had been shorter and more chubbier. Especially the children looks very "wiry" to me.

They were the 9th family I've received. I acquired them through means of a trade with Carrie, who has (had) many double families. They were the second family I've traded with her and like the first one they were in excellent condition. The moment they arrived I just knew I had to get the Log Cabin for them. In my opinion they just didn't fit in the town (village) and looks like country folk who would live near, but outside the village.

I think they fit perfectly in their little log cabin. 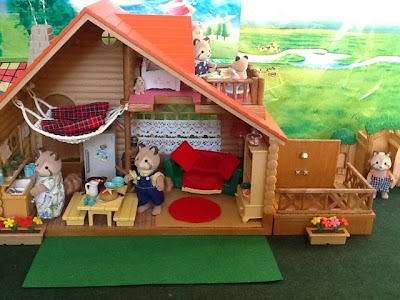 The only problem is that the log cabin is really not very spacious, and their tails tend to get in the way a bit, knocking over stuff as far as they go. 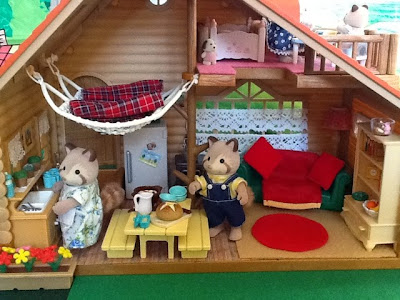 Luckily they have a big plot on which the log cabin was built, so the children spent much of their time outside. 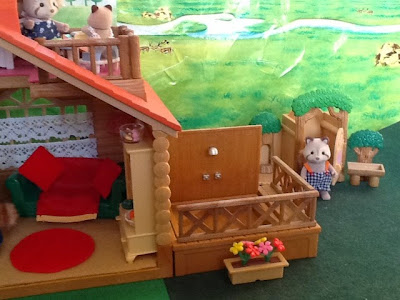 An overview of the inside. It was totally impossible to get everyone a bed in this small cabin, and still have a comfortable living area and kitchen. 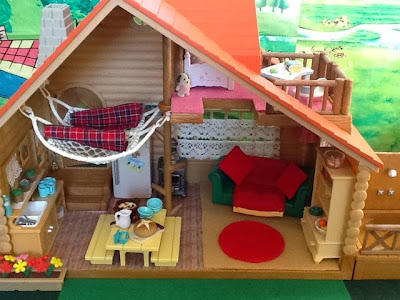 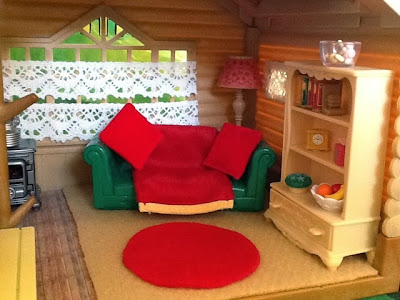 The children sleep in their very cool hammocks, just above the kitchen area. Again it took some planning to get everything fitted into the kitchen area. In the end  it worked out beautifully and I am really happy with how it turned out. The little stove next to the fridge is also part of the cosy living room set and for some reason it just suited the log cabin better than any of the other conventional stoves that were available. That little stove is actually a coal stove (and lights up). 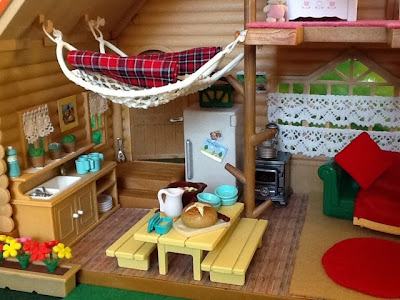 Little Pumpkin is the most spoiled in the family as she is the only one that has a bedroom. No wonder Candy spends most of her time in her little sister's bedroom. 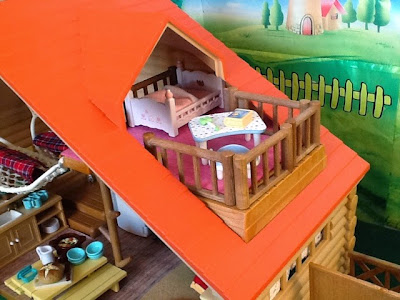 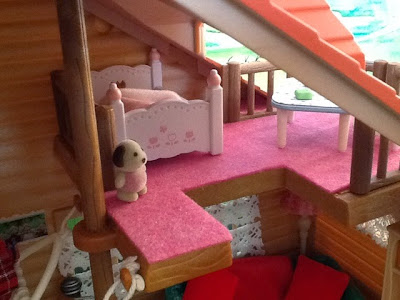 Everything a little girl may need. 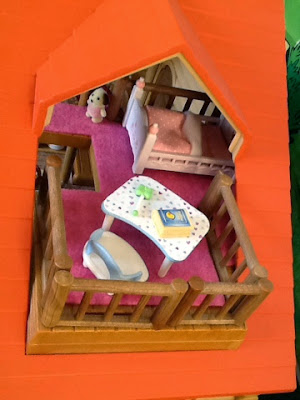 Another advantage of the log cabin is that it comes with an outside bath/shower area, so I didn't had to fit that into the little cabin too. I added the school toilet set and just like that they had a fully equipped bathroom, even though it was outside. 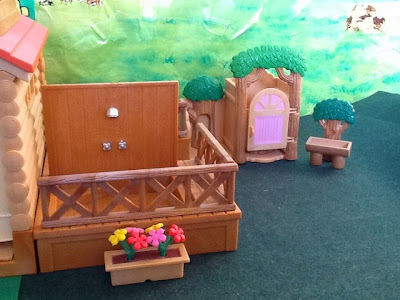 Mother Mae owns the Laundromat in the village. Her business is quite successful. Read more about Mae here. 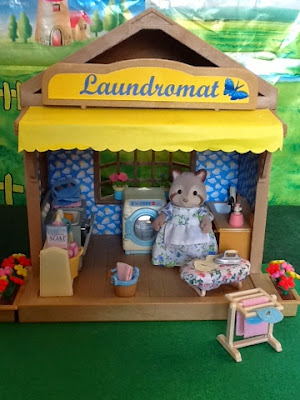 I thought the sun and cloud wallpaper was just perfect for a laundromat. 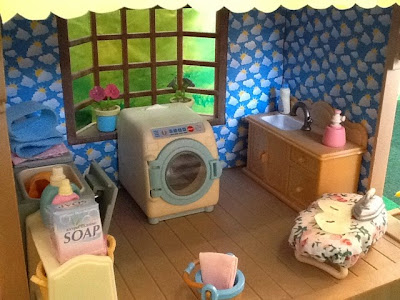 Obviously one will need two machines if you want to be successful. 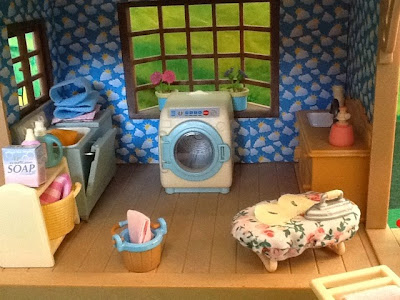 Father Elmar is the village plumber. Which is a good thing, as this means that Mae never has to worry about the plumbing of her little laundromat. 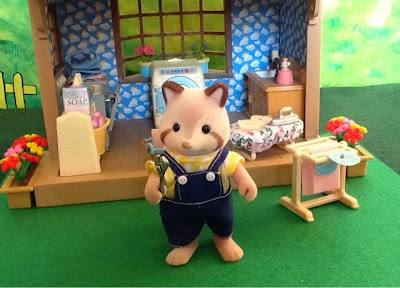 For more on houses and jobs, visit the different pages.
Posted by Eaton Blackberry at 23:45