The Flower Shop renovations has been going on for a while now and Katrina Whiskers has been in a fowl mood for the last few weeks as it just felt it will never come to an end.

After her mother (May Blossom) gave over the reigns to her, Katrina wanted to give the shop a makeover. Although a flower shop, it was in a terrible state.

She, however, regretted the day she made that decision. Firstly they found out that the shop furniture was infested with mites, so she had to fit completely new counters and display units. Then the electricity certificate wouldn't be renewed because of the hazardous way in which it was wired previously. And the day before the grand opening, when Katrina phoned her supplier to order flowers there was no answer. After numerous calls she found out that they have closed down while she was renovating. To top it all the water supply was cut off because of a huge outstanding bill.

Everything almost got too much for Katrina but with Sebastiaan’s help, she managed to sort everything out. And of course she had a very good relationship with the new mayor, Hugo Trunk.

So after what felt like an eternity Katrina opened her shop on a beautiful Saturday morning. 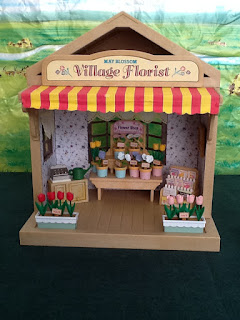 Sebastiaan will for now also use the shop as his office for his landscaping business. 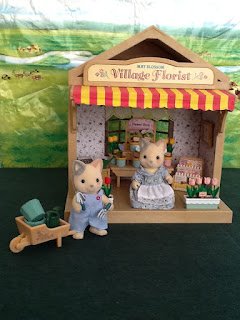 The shop from different angles. 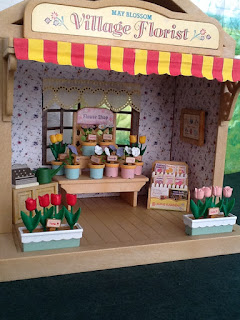 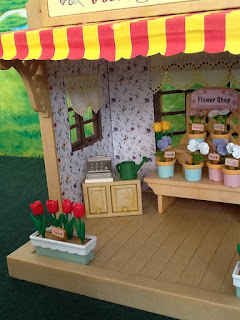 Posted by Eaton Blackberry at 07:55