Recently a few new families were added to my collection. It is always strange, though I love to receive the Sylvanian playsets with furniture, small items, food etc, I LOVE receiving a figure or a family. Nothing beats that feeling when you unbox or unwrap a new figure. Do you agree?

The Timbertops have been residents of Sugarbush Valley since the beginning of time. Taylor's father (Grandfather Gus) owned the general store in the village, but had to close it down when the village went through a recession many years ago. The Timbertops are making a living by renting bikes out to tourists who visit the village.It is Taylor and Rose's dream to one day reopen a general store. 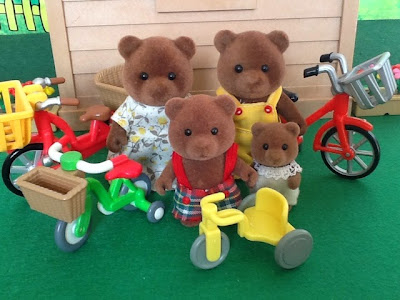 My first "real" JP family came in the form of the Labradors. I don't count the JP Beavers and JP Red Pandas as they were bought locally and wasn't in the JP packaging. Aren't they extremely cute? I named them the Bercher Family. 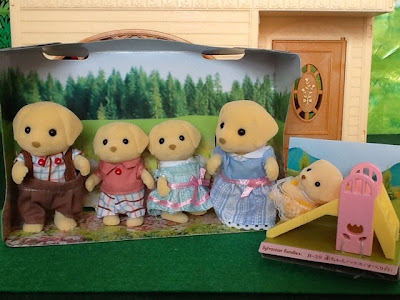 The Bercher family are new residents of Sugarbush Valley. They originate from a land far far away, but come to know of this tiny village through their friends the Keats who have once had a short vacation in the village. Father Innes and Mother Margaux visited Sugarbush Valley a few months ago, just to familiarise themselves with the villagers and to get a general idea of if they would like to live here. They were pleasantly surprised and immediately decided to move there. Brother Zander and Sister Saskia was very sad to leave their friends behind, but baby Karissa is very excited to meet new friends. The Berchers will open a toy shop in Sugarbush Valley. 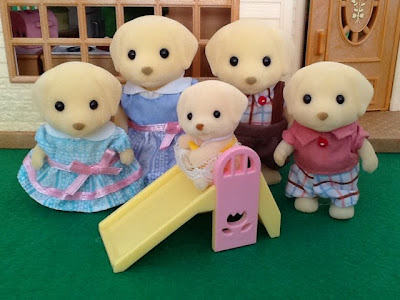 Then my most coveted figure to date, Antonio, has finally arrived. He is so cute (but does he have a bit of a dark mysterious side to him)!

Antonio Patches has finally found his way to Sugarbush Valley after months and months of travelling. He had some private business that he had to sort out, that he would prefer his wife, Dorothy, do not to find out about. It is nothing serious, or something that will hurt her in any way, though, so maybe one day he might tell her. He has managed to sort it out and now it is time to be a father and a good husband, and most of all buy his darling wife her own cottage, as they can’t live with the Henry-Lloyds forever.

Like his wife, he is a qualified hairdresser, and plans to open a salon soon. He wants their salon to be a place where villagers can relax and unwind, whilst being pampered. 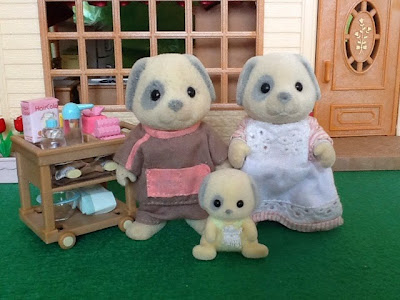 And last but not least the Celebration Macavity set! They are now officially my favorite family, move over Trunks, Henry Lloyds, Buttercups, Periwinkles and Blackberries! They are Father Alonzo, Mother Cassandra, Older Brother Mistoffeless, Older Sister Grizabella, Brother Rumpus, Sister Asparagus and Baby Skimble. (For those of you who didn't know they were named after the cast of Cats, the musical.)

Though the Macavities are only now officially moving to Sugarbush Valley, it feels as if they have been living there for much longer. There good friends the Fishers, who they regularly visit, have lived there for more than a year now, and father Alonzo has built many of the houses and shops in the village. Mayor Hugo is relieved to see the family moving to the village as he hopes that this will mean that more houses are build in the village sooner than expected. 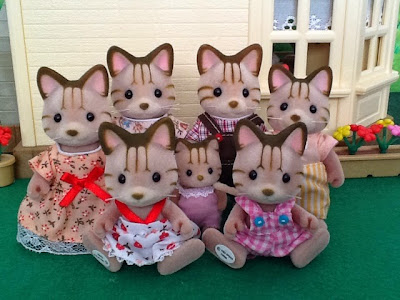 Hope you have enjoyed my introductions. The full bios will go up shortly!

Posted by Eaton Blackberry at 00:36