Nelson Puddleford was feeling very upset. This was not unusual, as Nelson was easily upset. If it was cloudy he was upset that the sun wasn't shining, and if the sun came out he was upset by the heat and wished that it would rather rain. Also if a customer came into Nocturnal and bought the cheapest set of bed linen he was upset by the stinginess of the client, but also if a customer were to buy the most expensive linen set of 400 thread Egyptian cotton, it upset him that someone can boast so openly about their wealth. 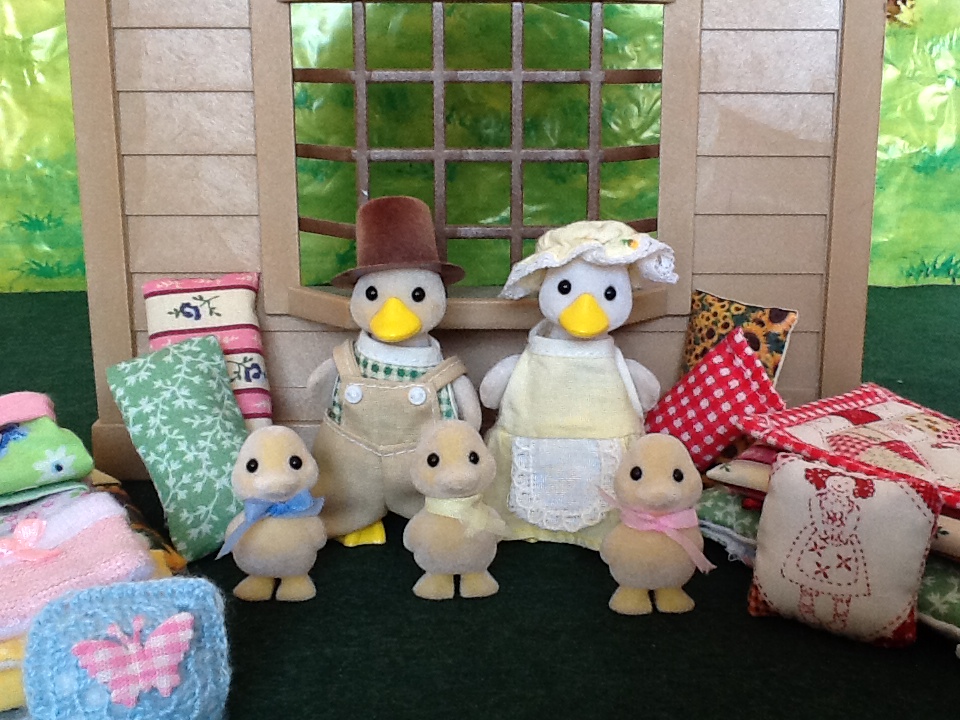 However, today Nelson had every reason to be upset. It would, actually, be more like Nelson not to be upset by this situation as he gives the impression that he does not care about others. This might be true for strangers and people that he dislike, which is most people, but not when it comes to his family. His family is his whole world. He loves Beth to the end of the world and back and he knows that she loves him unconditionally too, despite his obnoxious disposition. The same is true for his three children. In his eyes they can do no wrong, and he will do anything and give up everything to provide for them and keep them happy. 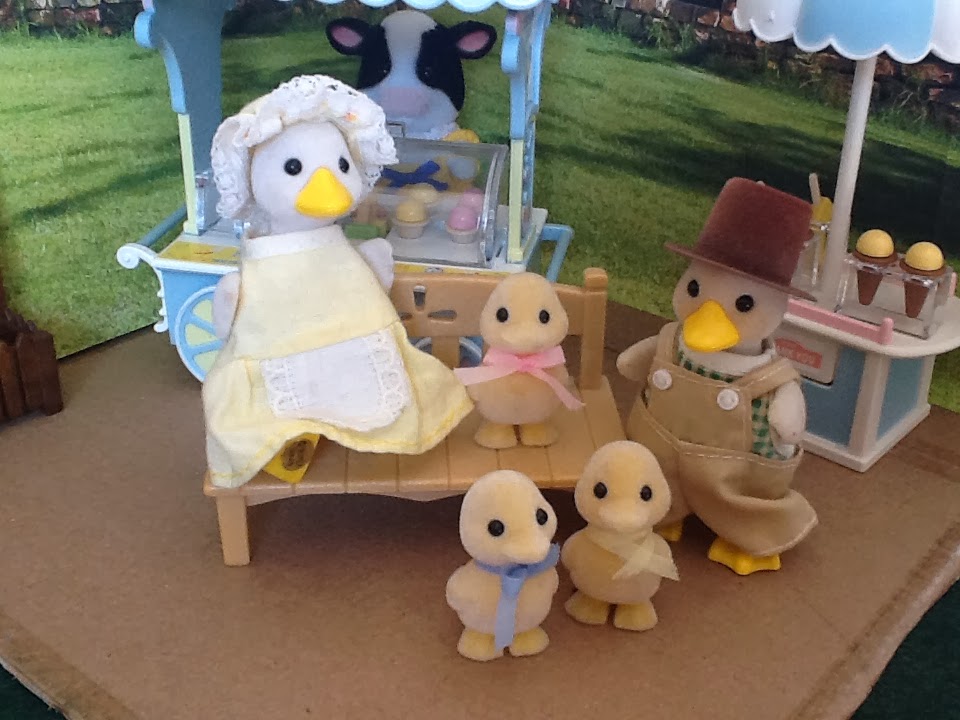 That morning Nelson took his three lovely kids to the little play area just behind the shops in main street. Beth had indicated the previous day that she wanted to go to Camilla Hunter-Smyth's dress sale with her best friend Willow Thistlethorn. At first Nelson was upset. Why on earth would Beth want a new dress, but then he thought that maybe Beth deserved a little treat so he suggested that he will take the children to the play area.To Beth this was a very strange suggestion, because though Nelson loves his children he will never close the shop to play with them. Beth, however, decided not argue with him and was just too glad that she will have a bit of free time. 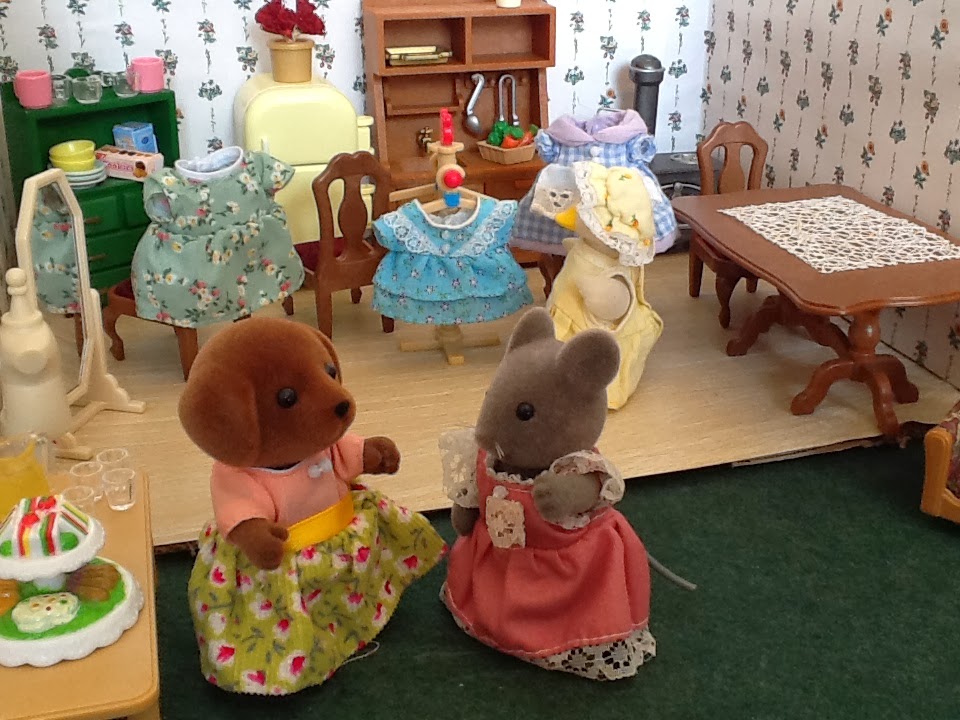 Tommy, Sammy and Maisie enjoyed the outing thoroughly. They first took turns on the swing, then they slid down the slide and when Tommy and Nelson kicked a ball, Maisie and Sammy rode the rocking horses to the end of the world. 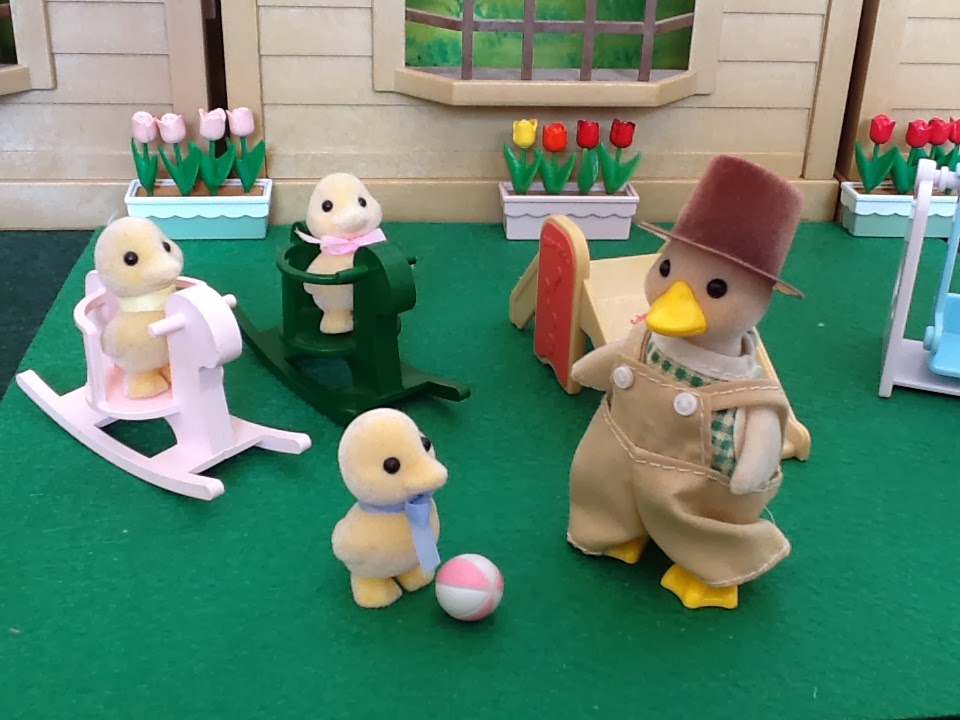 Beth packed a variety of snacks for them and soon it was time for a picnic. Nelson enjoyed a sandwich and the kids could choose between an array of treats from yogurt to scones. While sitting quietly Nelson admired his beautiful children, and thought to himself that they must do this more often. Life is too short and Beth needs the break from time to time, as they can be just as naughty as they can be cute. 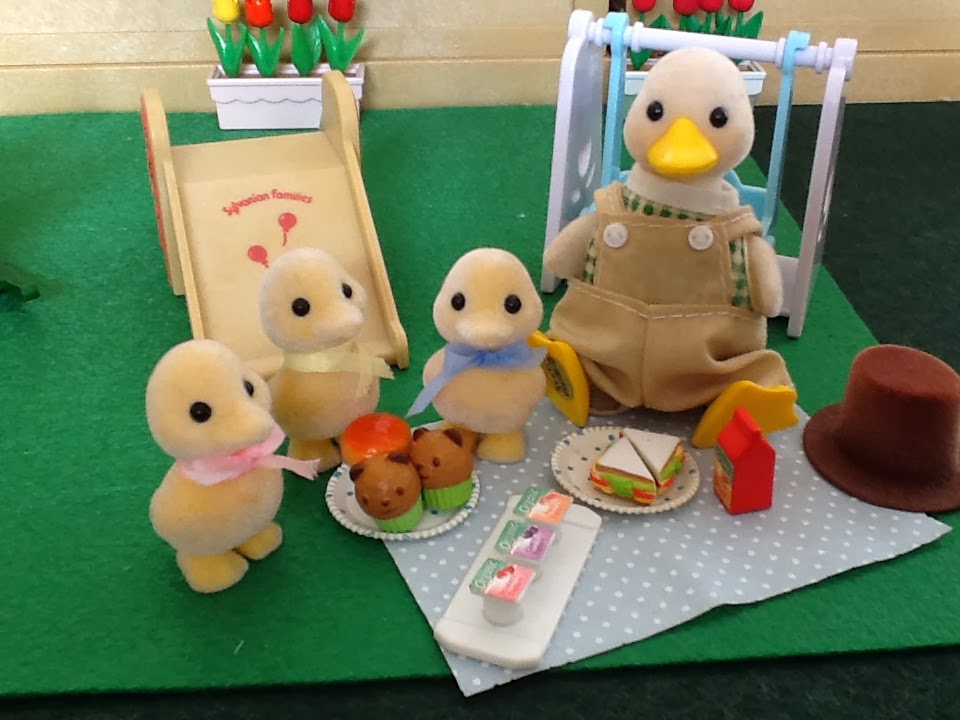 After the snacks Nelson sensed that the three were a bit tired, so he suggested a short nap before they continue playing. They still had to do a bit of splashing in the paddling pool. Quickly all four of them was fast asleep, huddled together. 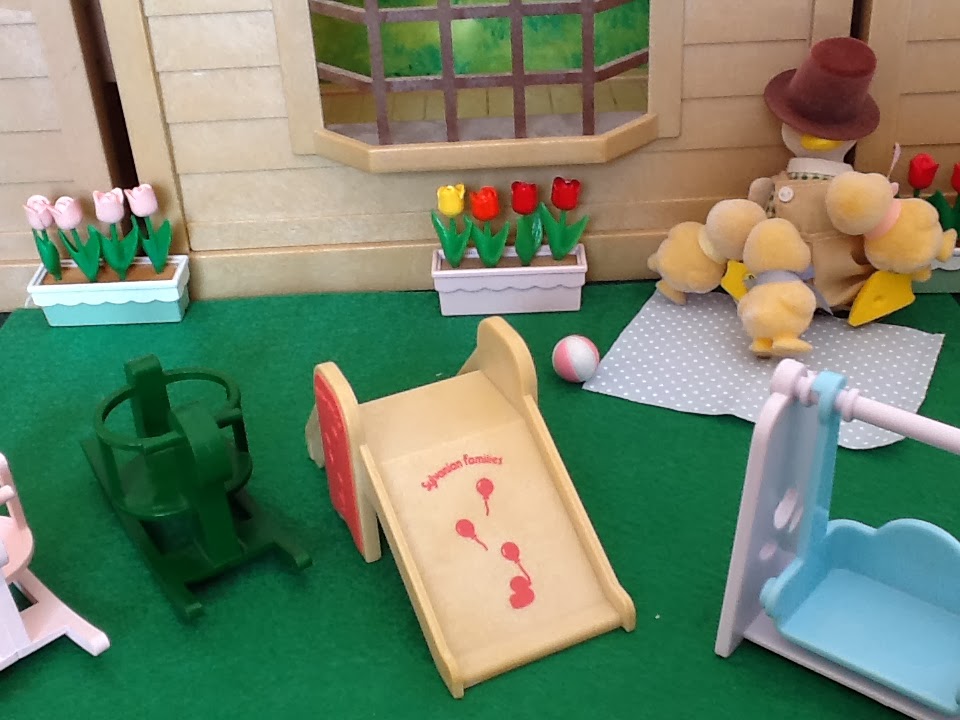 A few minutes later, or what felt like a few minutes, Nelson was wide awake. Something was wrong, and it was then that he realised Tommy and Sammy was not asleep anymore. He didn't give it much thought as he was sure that they were just playing in the paddling pool, but to his dismay they were nowhere to be seen. He felt a stiring in his stomach and felt instantly nauseous. 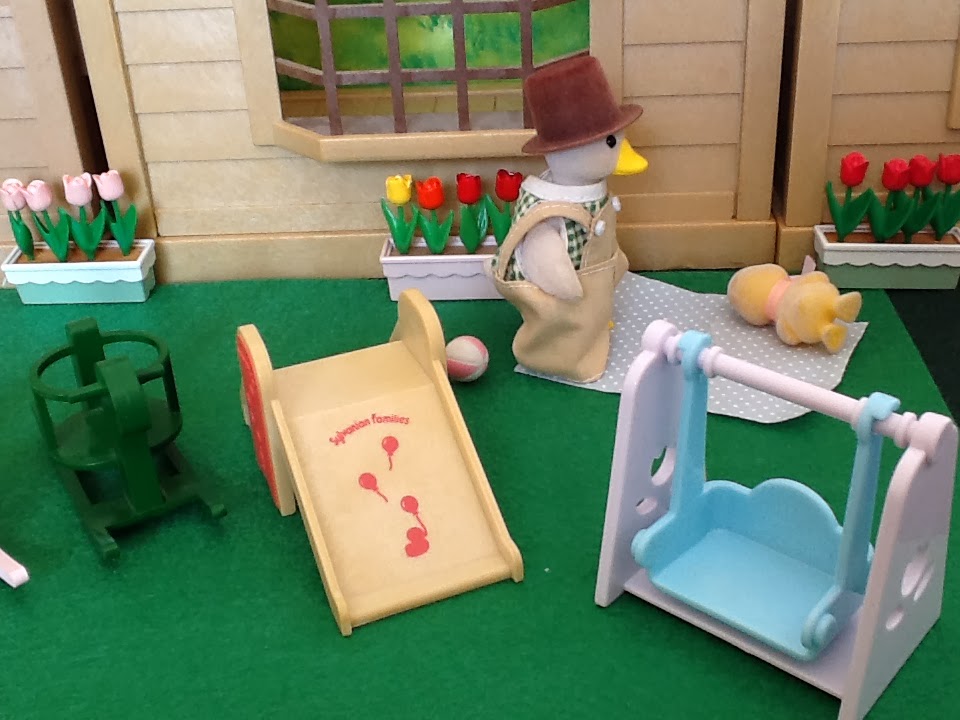 As luck will have it his Nemesis, Slick Slydale appeared out of nowhere. A very vicious thought crossed Nelson's mind, but he immediately thought of something else. Not even Slick Slydale will do that.
Slick: Aah Nelson, what a great surprise. I see it is Daddy's day.
Nelson: Morning Slick, I guess it is.
Slick: Everything alright, are you only babysitting one of your children?
Nelson: I'm not babysitting, ok, I'm playing hide and seek with them, now if you will excuse me, I must go and find Tommy and Sammy.
Slick: Very well, see you around Nelson.
Nelson (under his breath): I hope not 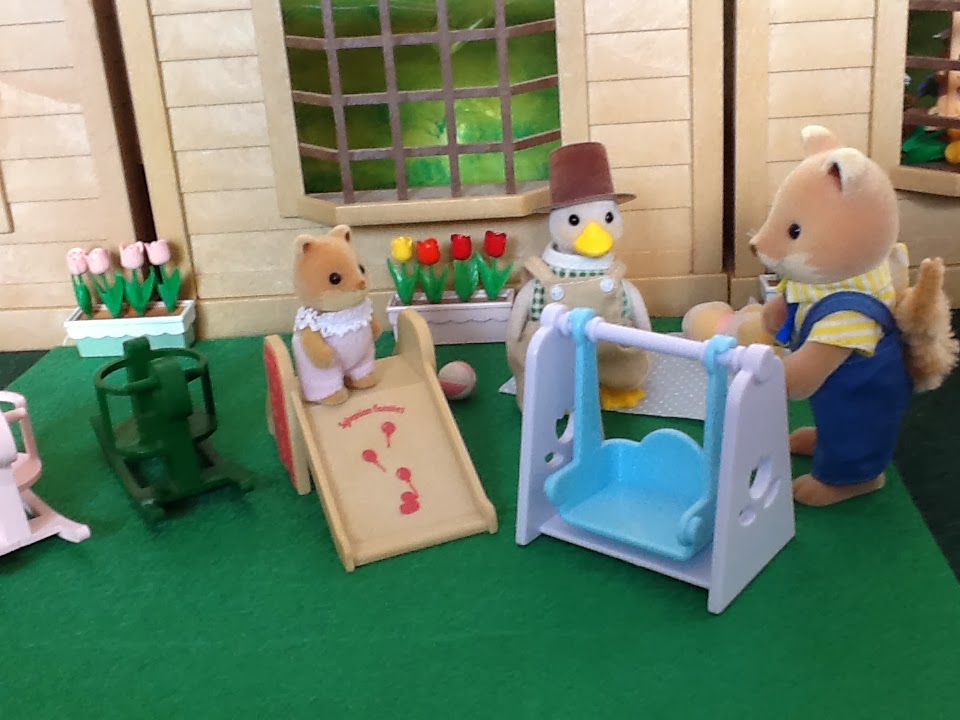 Nelson was not the sort who ever panicked but now he was panicking. Where are they, how can they just disappear like this and what will he tell Beth. Luckily Maisie was still fast asleep, he knew that if she were to wake up now, she will start screaming. The triplets are very attached to each other. 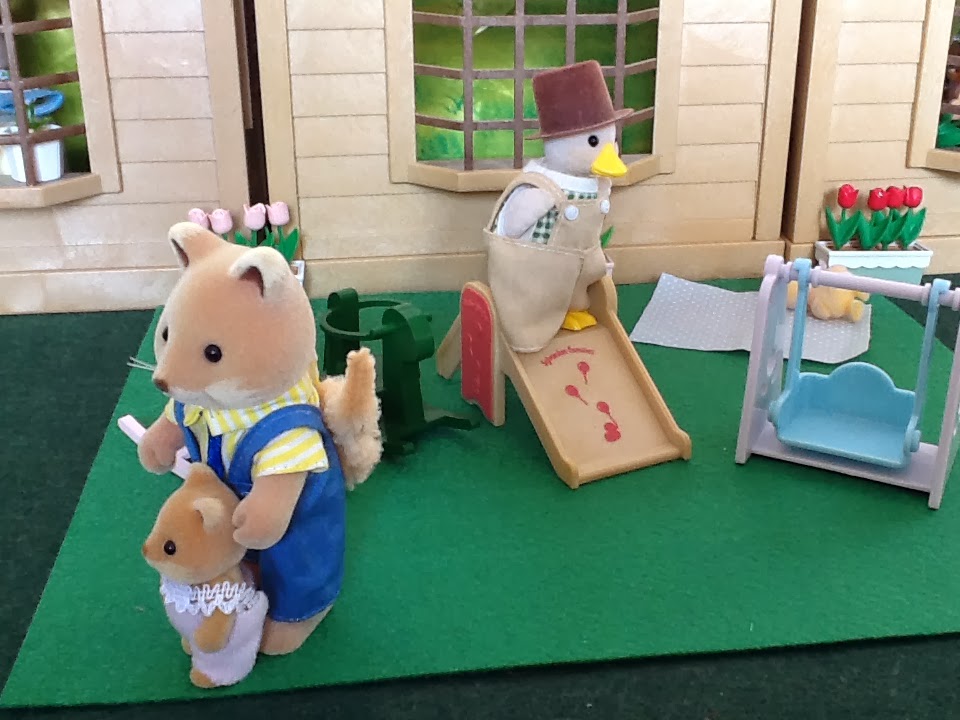 Nelson decided to have a look around. With one eye one Maisie he started to survey the surroundings. Tommy and Sammy are nowhere to be found. He was wondering what to do. Should he go home and alert Beth and his fellow villagers and send out a search party. Or should he rather stay a while and hope that they will find their way back to the park. 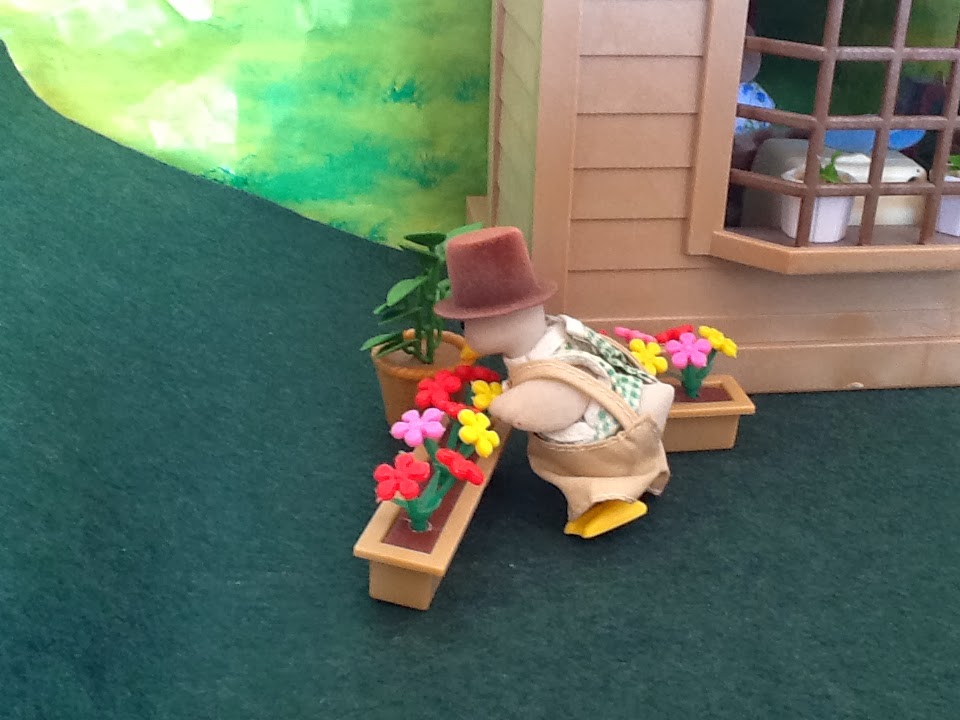 While trying to figure out what to he saw Digger and Heidi Mcburrows coming his way. He was instantly relieved as he would just ask them to quickly watch Maisie while he look for the two lost ducklings.
Nelson: Good afternoon Digger and Heidi, I'm so relieved to see you two! Can you quickly ...
Digger: Hello Nelson, sorry pal, gotta hurry our little baby is on it's way. No time for chit chat.
Nelson: Ok... 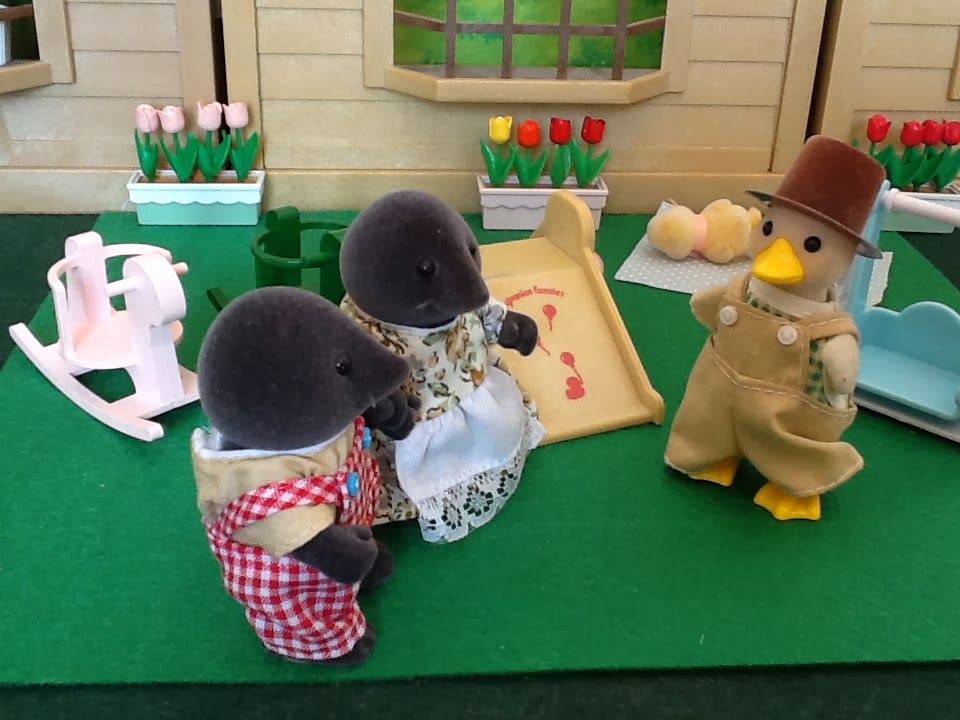 "Pft" he thought, not more babies, and why call me pal? I'm not his pal. While still deep in thought about the audacity of some people another figure appeared in the distance. Surely this time he will not be told off again?

To his astonishment it was Eric Renard. Nelson likes Eric and unlike some of  the other villagers it feels as if Eric understand his aloofness.
Nelson: Eric Renard! Good to see you, welcome back.
Eric: Hiya Nelson. It is good to be back. Can't wait to see Roxy and Baden, it was just too long. 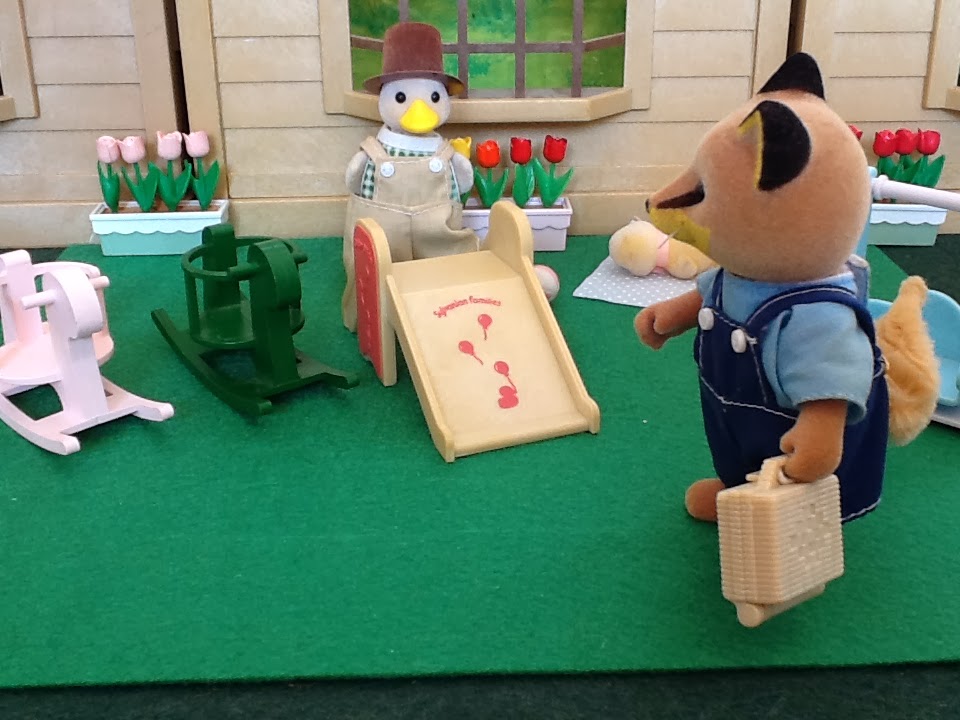 Nelson: So did you finish the project at long last?
Eric: Yes we have and thank goodness for Alonzo, if it wasn't for him that shopping mall will still be non existent. He is really and excellent builder.
Nelson: I've heard. Listen Eric, I need a favor... uhm two of my kids Tommy and Sammy has disappeared and I can't leave Maisie alone. Will you quickly watch her, while I just have a look around?
Eric: Sure, but I guess you won't have to look far, the are just playing in the ditch over this hill. I asked them if they shouldn't rather come with me, but Tommy very politely answered that he may not talk to strangers and that he and Sammy is enjoying the water too much. And that I must just tell you they are there!
Nelson: That little devil, but I'm so relieved to hear that they are ok, that I guess  I will not be too angry with them.
Eric: Yes, I understand. Our kids like to test us. Well, I'm off. See you soon Nelson. Come over one evening for a nice chat and a glass of wine.
Nelson: That sounds like a good plan, and of course Roxy's vegetables lasagna?
Eric: Indeed, bye. 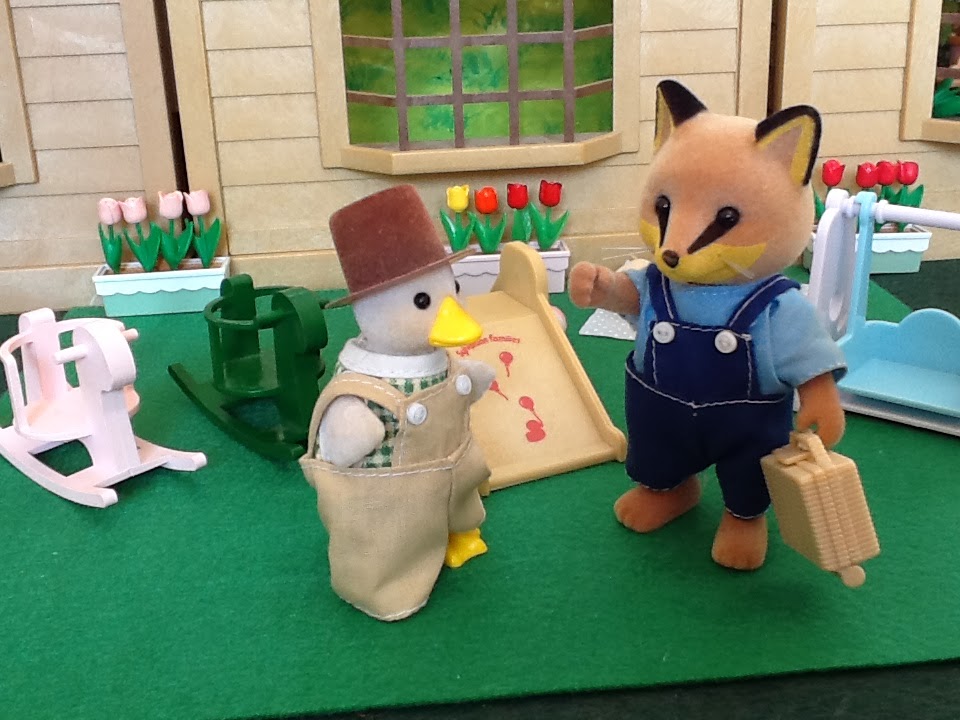 Nelson walked over to the hill and indeed their the two little darlings were playing. He called out to them and they hurried back to them. By now Maisie was awake too, so they packed up everything and made their way home. 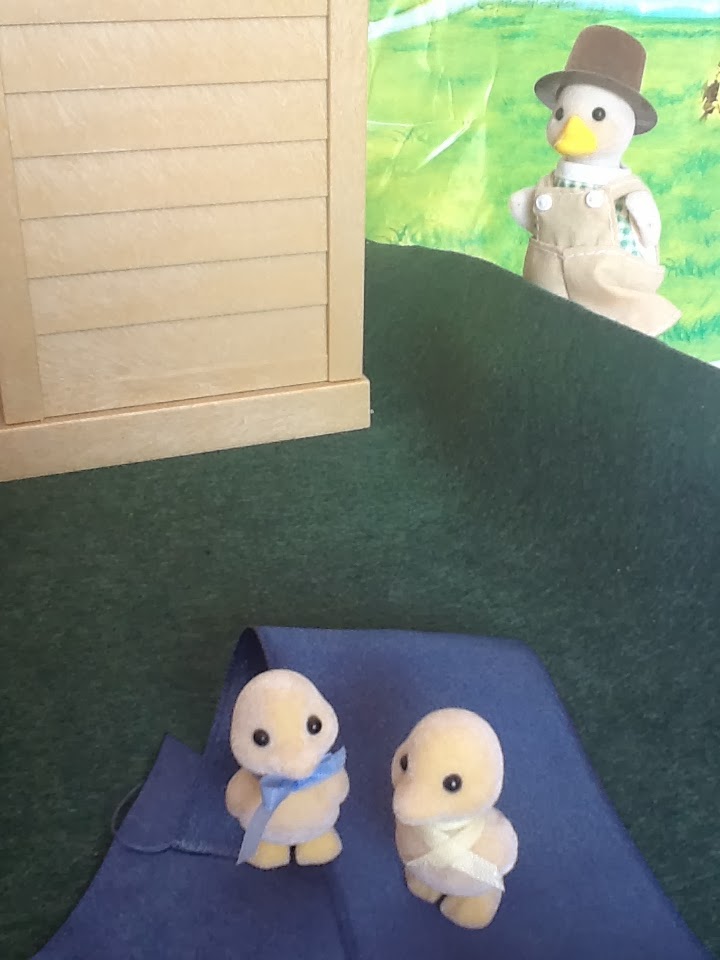 All agreed it was a great, fun filled day. And as Tommy and Sammy were never really lost he decided not to tell Beth 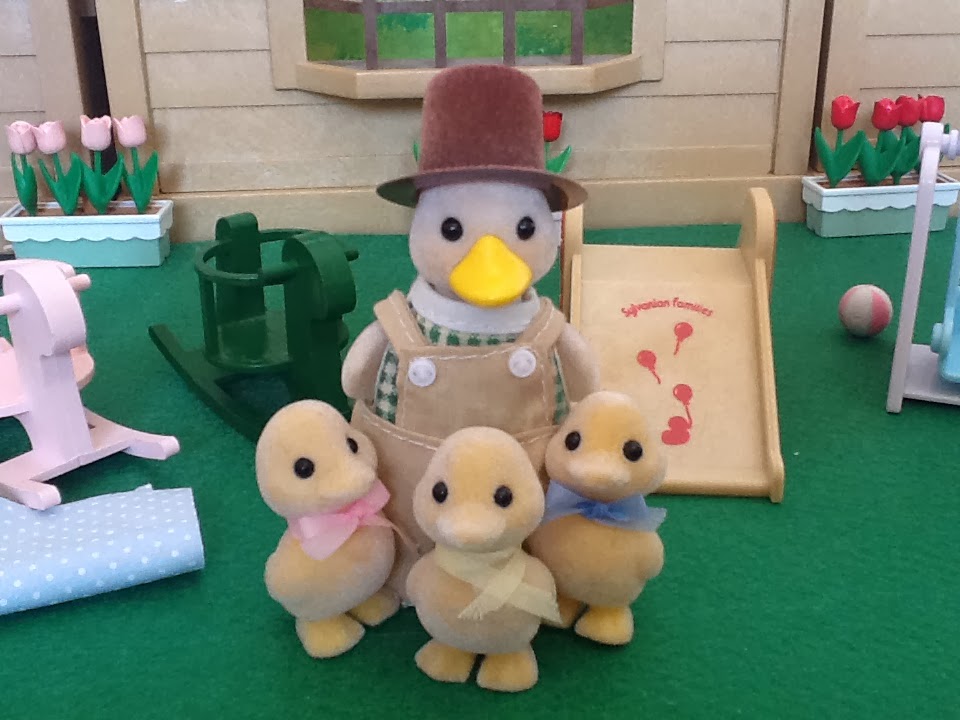 Posted by Eaton Blackberry at 22:31