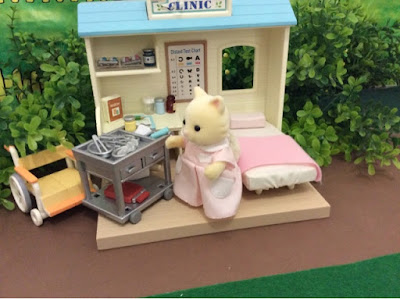 Though she felt proud that he had so much faith in her abilities, it will be the first time that she will carry such a huge responsibility on her own. She picked up the list of babies scheduled for today ... 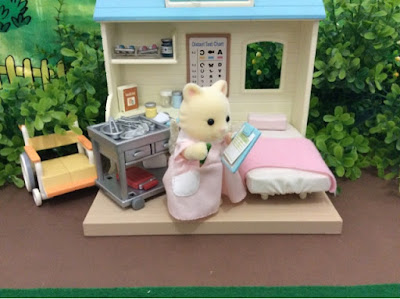 ...but before she could finish reading, she heard someone approaching. "Aah yes perfect!" Myriam thought. "Of course I will get the most difficult client first." as she noticed Hatty Huckleberry approaching with the twins. "Good Morning, Hatty! All set for the vaccination?" she asked as friendly as she could. "Yes, we are, but I notice Dr Fisher is not here, is he running late?" Hatty inquired. Myriam sighed, "No he is not coming in, I will be administering the vaccines on my own." Hatty frowned, "Is that a good idea? Maybe I should rather return later when he is available." 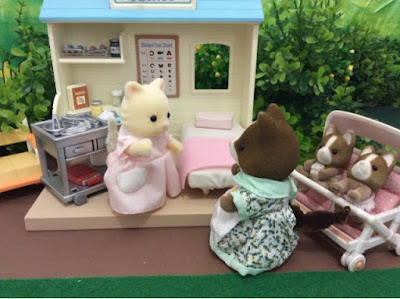 Luckily the conversation was interrupted by the cheery chatter of Margaux Bercher and her youngest, Ciska. 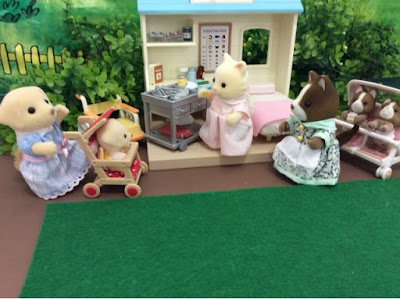 "Good morning, Margaux and little Cissy!" Myriam greeted friendly. "Morning Myriam, I'm so nervous, can we just get this over and done with as quickly as possible." Margaux greeted. 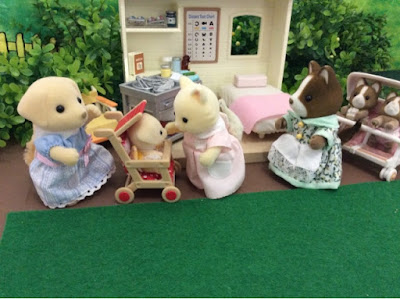 "Well, you are in luck. You are the first, and we can start immediately." Myriam replied, ignoring Hatty. "That is great, Myriam, and I'm so glad that it is you who will be doing it, nothing against Dr Fisher, but men isn't always as sympathetic." Margaux replied. 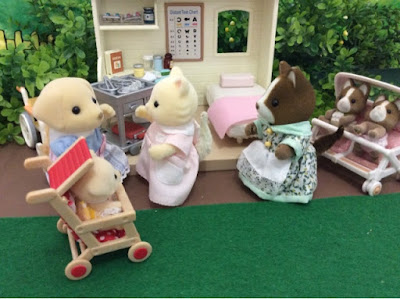 "Uhm, excuse me, but I arrived first!" Hatty chipped in. "Oh, sorry Hatty, but I thought you wanted to wait for Dr Fisher." Myriam answered sweetly. "No harm in just getting it done as quickly as possible, can we get a move on, I will be late for my meeting." Hatty said. 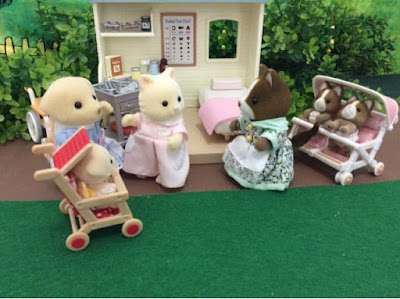 Though frustrated with Hatty's behaviour, Myriam stayed calm and quickly gave Jethro his shot, who didn't cry at all. 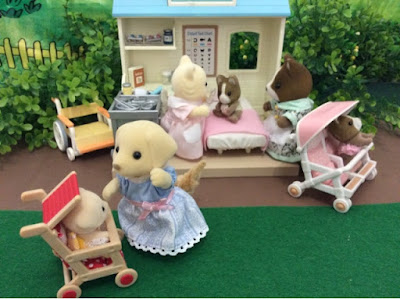 Luckily, Blanka Buttermilk also arrived and the two friends occupied there little ones while Cordelia got her shot. She wasn't as unfazed about the small prick as Jethro and literally almost made Myriam's eardrums burst with her screaming. Hatty gave Myriam an unpleasant look and scrambled off with the two, trying her best to calm Cordelia. 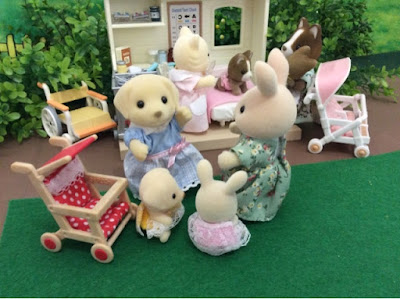 Myriam greeted her best friend, Blanka, with a look of relief. Things can only get better after her most difficult patient has gone. "Oh, Myriam, don't worry about Hatty too much, remember babies cry and I'm sure Cordelia, would've cried even if Dr Fisher has given her the shot." Myriam just smiled, she wanted to believe that so bad. 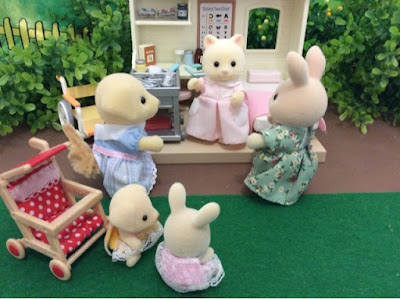 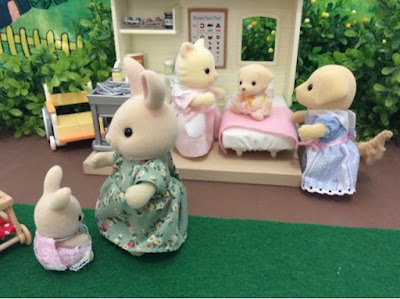 Again there was a lot of tears, but unlike Hatty Margaux didn't fuss about it. Ciska was her fourth child and she understood that babies cried when given a shot. 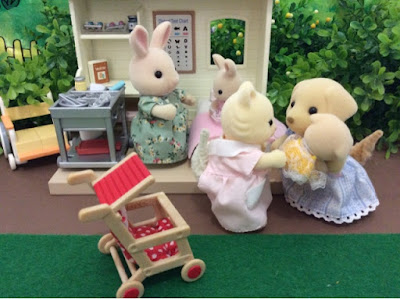 Next it was the turn of little Heike, by now Myriam was a bit rattled, she know it was inevitable for the babies to cry, but she felt so helpless. 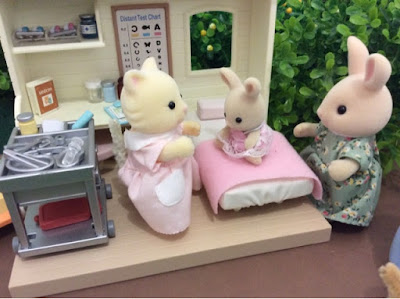 "Let's try something different," Blanka suggested, "let her face me, I will distract her with songs and funny faces, while you quickly administer the shot?" Myriam smiled thankfully to her friend, "What a fantastic idea, thank you!" 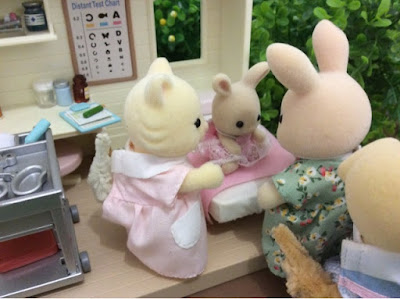 Blanka's idea worked like magic, and though there were tears it was very few! 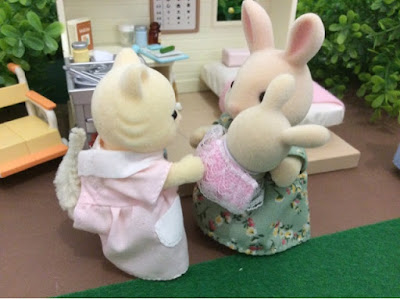 Myriam used the same tactic with the Decker triplets, and again very few tears were shed. 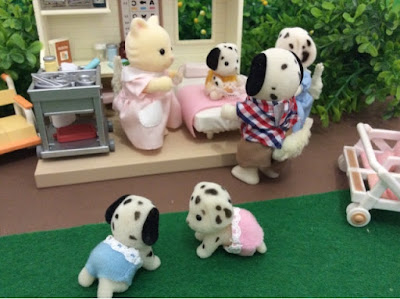 Kaitlin was so impressed with Myriam's manner, that she made various comments about how wonderful Myriam treated her babies. Slowly but surely Myriam's confidence was growing again. 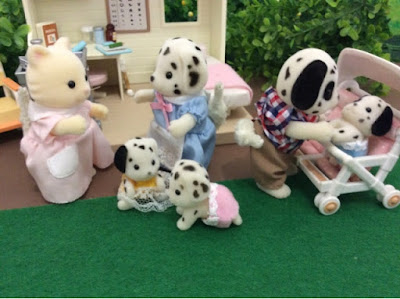 The confidence didn't last long however. After the Deckers left, Myriam finally had a chance to check the list of babies she had to vaccinate that morning. She checked off every name ... 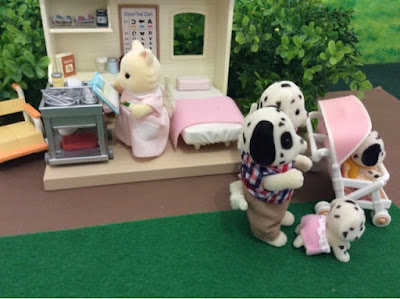 ...but then she saw the last name on the list 'Jacques Chantilly'. She got such a fright that she dropped the clipboard, "Oh no, I can't do that! I can't inject my own little baby with a syringe." 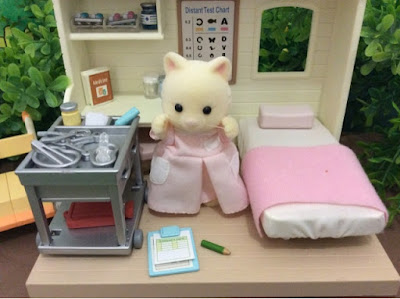 It was at that exact moment that her husband arrived with little Jacques. "No, no, no I can't do it!" she shrieked. 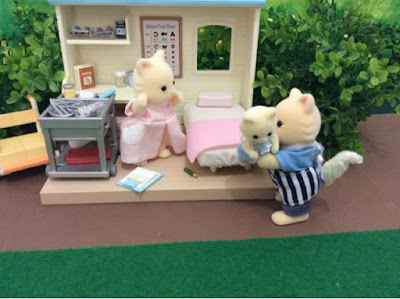 Not sure what was going on, Maurice quickly put Jacques down and tried to calm Myriam down. 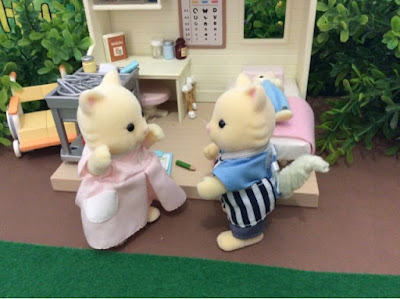 After listening patiently to her, he draw her closer for a hug, "It will be ok, I will be here to talk you through it, I know you can do this!" he assured her. 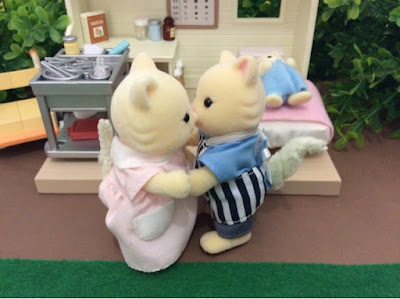 With one hand on Myriam's back to calm her and the other on Jacques to distract him, Myriam was ready to vaccinate Jacques. She tried her best to keep a steady hand and quickly gave the shot. She let out a huge sigh of relief when it was over. 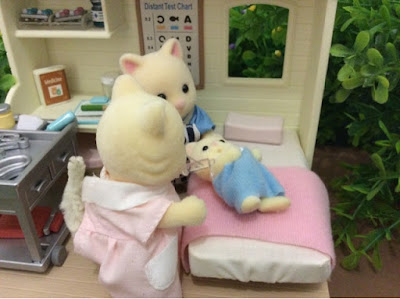 To her surprise Jacques didn't cry and immediately, called out "mommy" when she was done. 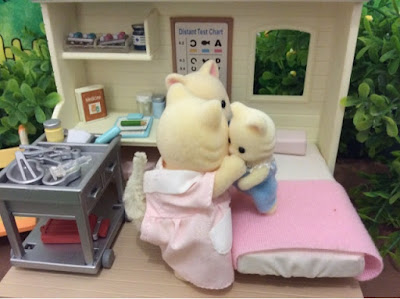 "You did it, Honey!" Maurice congratulated her, "and see Jacques didn't even blink." Myriam felt really proud of herself. 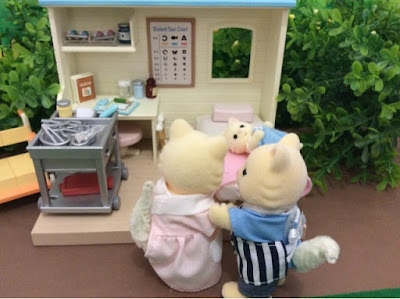 Just then Dr Fisher appeared, "So how did it go, Myriam?" he inquired. "It was ok, it took a while to get used to it and the crying babies, but next time I will be more confident." she replied. 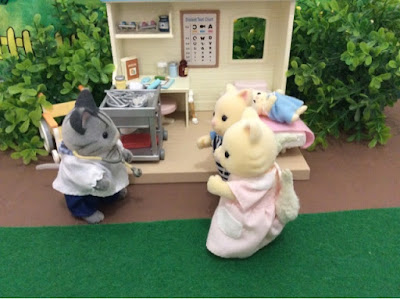 "Wonderful, Myriam. Congratulations! Now take a quick break, which I'm sure you need and then come back so that we can continue our busy day." Dr Fisher advised. 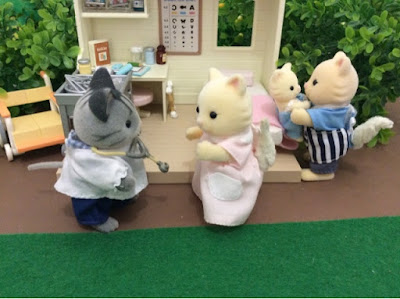 Posted by Eaton Blackberry at 01:13