A (wine) parcel from Marigold Creek. 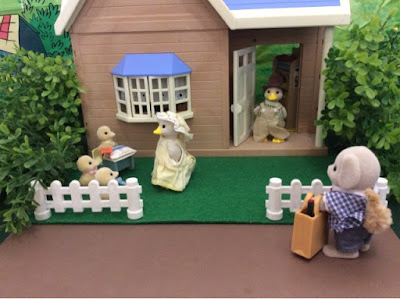 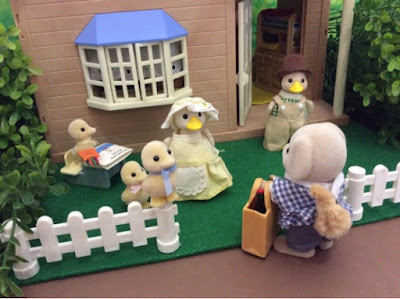 "Well as Pete has a whole heap of very important letters that must be delivered to Mayor Trunk at once, I offered to deliver your parcel, but if you rather Pete deliver it, I will return it to him. It looks like it was sent from Marigold Creek." Kelly hastily added. Regretting suggesting that he will return the parcel to the Postman. 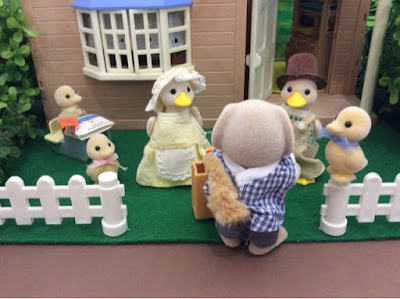 "Oh, don't be silly." Beth replied excitedly when she heard that her sister sent her a gift. Kelly quickly turned around and hurried off, before Nelson could order him to return the parcel to the Postman, so that he himself can deliver it. 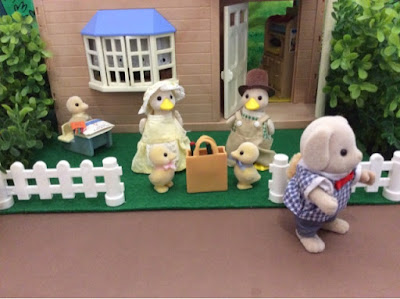 As it was almost lunchtime, the little ducklings was ordered upstairs to wash their hands, supervised by Nelson. 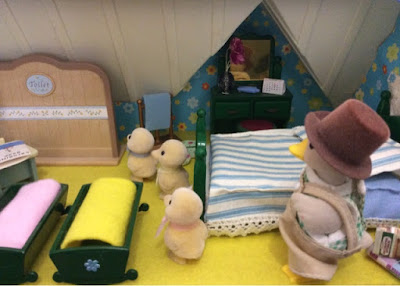 Which gave Beth a chance to open her dear sister's parcel. "W I N E!" she squealed with excitement. Then quickly listening if Nelson heard her, Nelson didn't approve of using alcohol, but Beth loved it, especially wine. 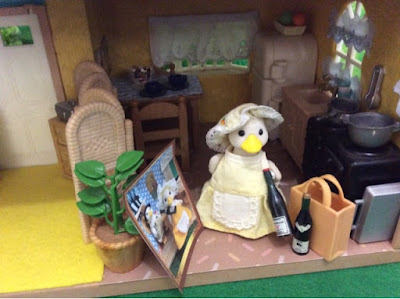 She quickly gathered herself and made lunch and set it out, picnic style in the back garden, all the time frantically thinking of ways to convince Nelson, that they should indeed try the wine. 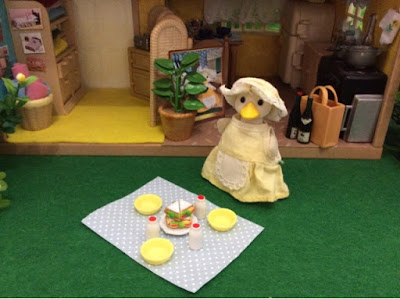 As she has expected Nelson wasn't impressed with the wine. "Wine! Why on earth would they send us wine." Nelson was visibly upset and offended. "What a shame to waste money like that." he continued mumbling under his breath. 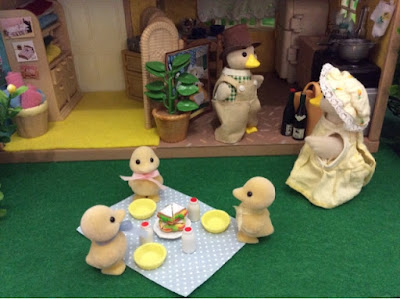 Later, while the little ones took a nap, and Beth finished the dishes, she decided to try and convince Nelson that the parcel is not all bad and evil. 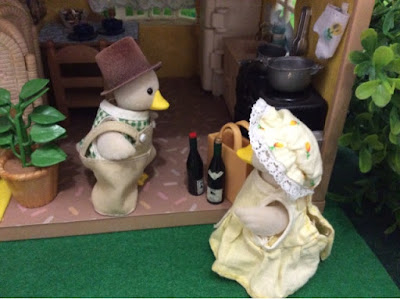 "Nellie," she began "look at the gorgeous picture and letter my sister send with the wine. See Ernest is wearing that hat you gave him as gift." Beth knew just how to soften her husband. "That old grouch, and that after complaining what a stupid gift it was." At least Nelson was smirking now. She knew that he was now more inclined to talk about the wine. 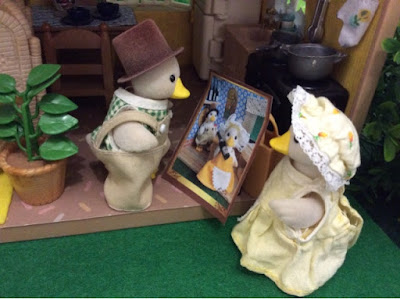 Nelson returned to his little shop and while she waited for the water to boil for some afternoon coffee, she finalised her plan. 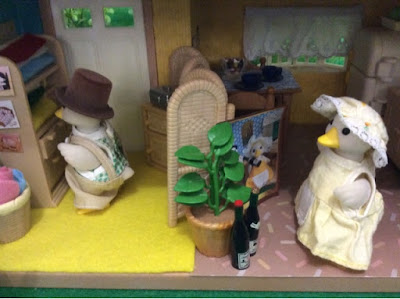 "The coffee is ready dear." Beth announced. "Thank you, B. I would love a cup now." Nelson replied. "Nellie, I have thought, we need to spend some quality time together. We never get the chance anymore. Everything is always about the children. I miss you!" she skillfully added. 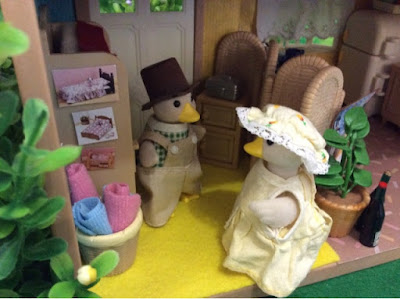 Nelson blushed deeply, then added, "As always you are right, but when?" Beth smiled, knowing well that she would be enjoying a glass of wine tonight, "What about tonight, I will asked Betty Hazelwood to babysit and we can get pizza. We don't have to go out, a picnic in the back garden is all I need." Nelson smiled, relieved that it won't cost him an arm a leg to keep Beth happy. "That is good, phone Betty and make the arrangements." 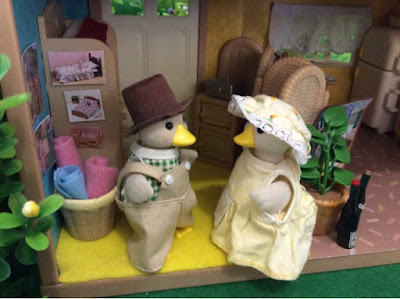 Beth almost ran to the telephone booth nearby, and punched in the number of the old age home as fast as she could. 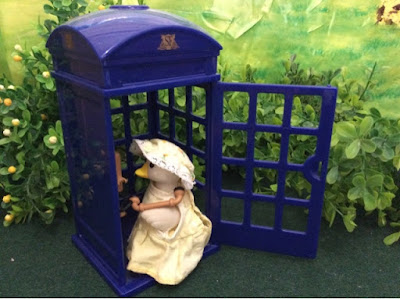 Betty quickly answered the phone, and without too much explaining and convincing, it was arranged that Betty will pick up the ducklings at six 'o clock. 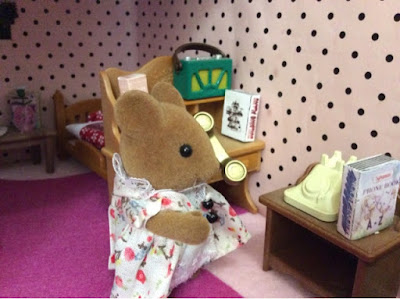 Betty and her daughter, Evie, arrived right on time. 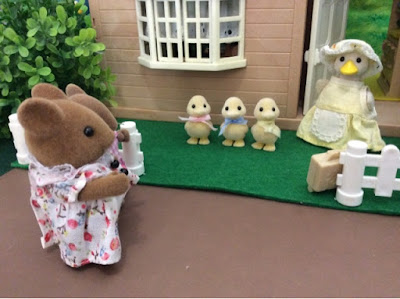 Beth quickly gave some instructions to Betty, indicating that she has packed some food for dinner, and their pajamas in the suitcase. She arranged a time with Betty to pick up the children, and then excused herself. 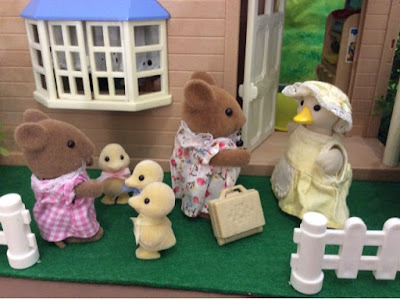 She knew she sounded blunt, but she still wanted to set up a nice comfortable spot in the garden, and afterall it is not as if she was friends with Betty, why should she make small talk. 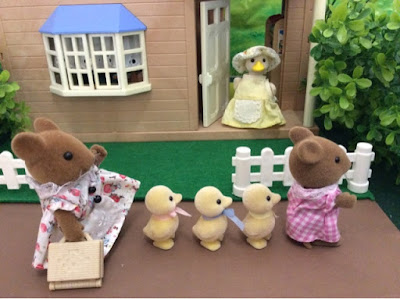 Just as Beth laid out the last plate, she heard Nelson at the gate, and went to open the door for him. He insisted on picking up the pizza himself as according to him 'it was just senseless to pay an exuberant delivery fee if you can do something yourself.' He didn't look happy, "Good thing I picked it up myself, the pizza are so expensive that I sure wouldn't have had enough money to pay for the delivery too." he gabbled. Beth decided to ignore his unhappiness. 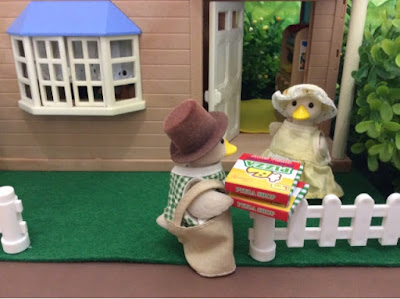 But she quickly realised that Nelson still wasn't sold on the idea of picnic, pizza and wine in the back garden. "Beth! What is this!" he asked a bit louder then even he has intended. 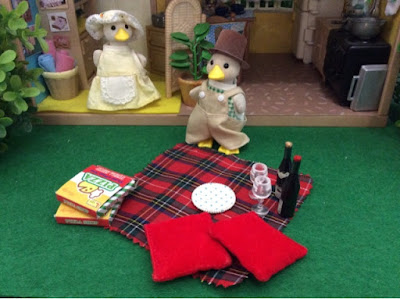 "I thought we would have a picnic." she replied sweetly, trying very hard to stay patient. "And why the wine?" Nelson asked. "We don't have to drink it, Nellie, but as we had it, I thought why not." Beth replied even sweeter, fluttering her eyelids. "You could've at least brought out the camping chairs." he continued unhappily. 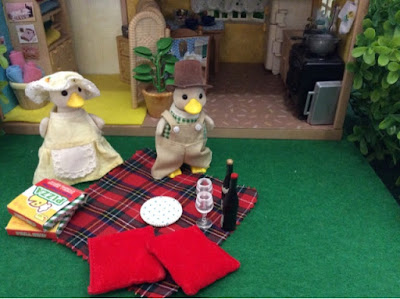 She carefully removed both their hats, and looked Nelson straight in the eyes, "Darling, please! Stop finding fault with everything. We are still young and sitting on the ground shouldn't be a problem, look there is cushions Also we have the perfect bank balance, so spending a few Sylva on pizza won't break the bank, and finally the wine will relieve the stress of raising triplets and constantly attending to them. I need a glass and I would like you to have one with me, so please enjoy the moment. 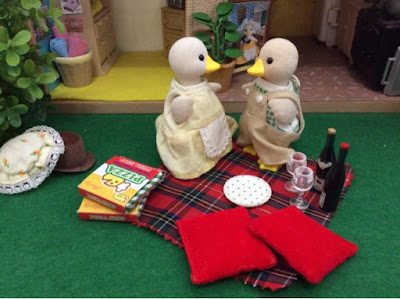 Nelson lowered his eyes, knowing his wife had a point. "Ok, ok, no complaining and just enjoyment!" Beth quickly opened the wine and plated the food, before Nelson could change his mind. 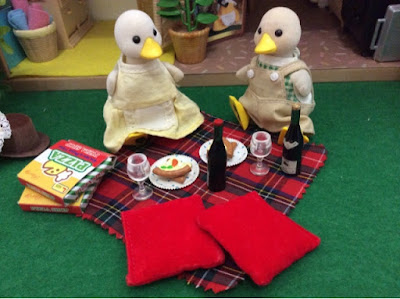 "Thank you, Nellie." Beth hugged her husband. "I must admit, I like the peace and quiet and the wine is not bad at all." Nelson added. 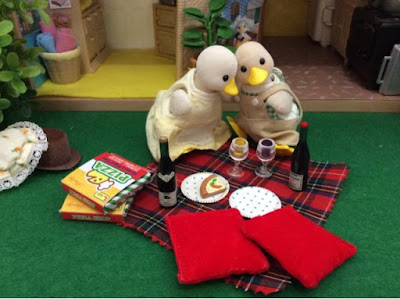 "Wonderful," Beth squealed, "and who do we have to thank?" and she quickly produced the picture of her sister and her husband. 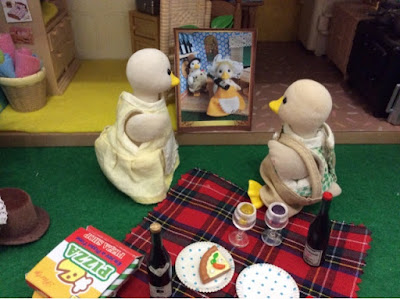 "To Jemima! To Ernest!" Nelson lifted his glass. "To Jemima and Ernest" Beth echoed. "Cheers!" 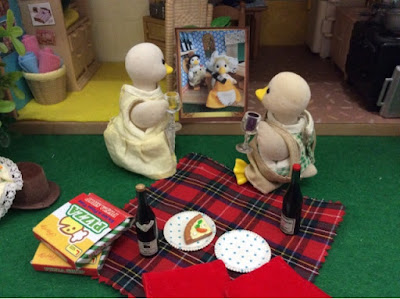 Posted by Eaton Blackberry at 06:24