It was a lovely sunny day in Sugarbush Valley. Teri Chocolate was busy baking a fruit pie for Christmas in her cosy kitchen. 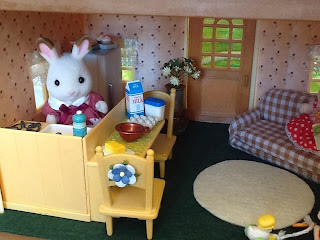 Cremé was playing quietly with her ducky on the floor and Freya was reading yet another book, she must have finished five already and the summer break has not even really started yet. Teri wished that Freya would go out more, but there is no sense in pushing her and she has already made a friend in Candy Mulberry, so that is some progress. 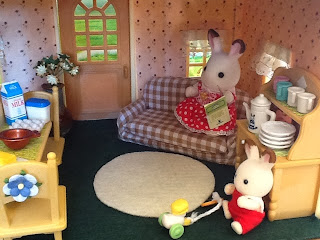 As Teri mixed all the ingredients together her thoughts went to her husband, Frasier. As any other morning, he again went out after breakfast to go and search for a spot for the Pizzeria he wants to open. After six months, he still does this everyday. Teri would have thought that he has seen everything there is to see in this little village by now, but at least he is not sitting on the coach sulking. At least he is getting to know the villagers and making everyone excited about the possible future opening. 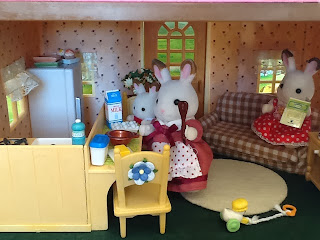 Teri nearly dropped the cake she just took out of the oven, Freya looked up from her book rather annoyed about being interrupted so noisily and Cremé starting clapping her hands.
Teri: Hi Honey, what have you found?
Frasier: A space for our Pizzeria!
Teri: How is that possible, just yesterday there was nothing, did someone decided to relocate?
Frasier: Well it has been available for the past six months but I just didn't thought it could work. 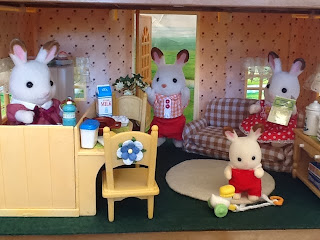 Teri looked perplexed
Teri: What do you mean available for the past six months.
Frasier: It is one of the semi-permanent stalls in the square.
Teri: Oh?
Frasier: That was exactly my first response too, when Mayor Hugo told me about it, I wasn't interested then as it was not what I had in mind, and when I found our house, I thought we can wait a few months for the downstairs shop to become available, but I cant't wait any longer. And last night just before I fell asleep I remembered about that empty space. 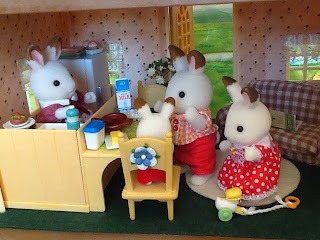 Teri: Well, and can it work?
Frasier: It is boarded up and Mayor Hugo was in a meeting this morning, but I have an appointment with him and Sydney this afternoon. I took the liberty to look at Pippa's Delicatessen and the Periwinkle shoe shop. As you know their shops are in those stalls too. I was taken by surprise because once inside it doesn't feel semi-permanent at all. The Delicatessen is bright and airy and the Shoe Shop gives one an idea of a quaint little shop somewhere in Italy, it is all about the decor.
Teri: That is wonderful news and if you feel we can make it work I believe we can and I support you one hundred persent. I'm so relieved right now. You know I was getting a bit worried. Our savings is dwindling fast.
Frasier: I know how you feel, these last few weeks it felt as if something was chasing me, we still have enough to keep us going for a while, but I don't want to use everything. It is our safety net, you know, for a rainy day.
Teri: Yes I know. 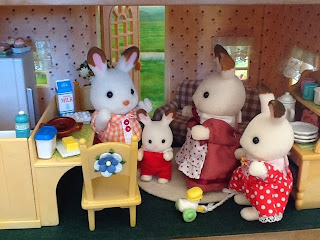 The Chocolates had a quick lunch and after Cremé was put to bed for her afternoon nap, Teri and Frasier strolled over to the square.Teri instantly saw what Frasier meant with the other stalls, from the outside they look like stalls, but as soon as one stepped inside the possibilities was endless. How did they miss this. 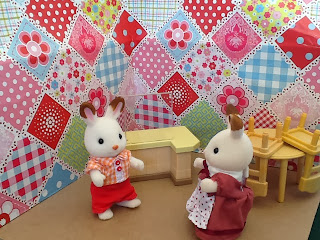 While looking around Mayor Hugo and Sydney arrived. They greeted each other and immediately began discussing the shop.
Mayor Hugo: So Frasier are you interested.
Frasier: Yes I am, how does this work.
Sydney: Well the shops actually belong to the town, if that makes sense. You pay a nominal fee as monthly rent, and that is actually the short and long of it. We try to keep the stalls occupied and it is the responsibility of the lessee to maintain it at their own cost. The rent you pay is more like insurance in the case of big structural damage, we then have something to fall back on. You know that sort of thing.
Frasier: Sounds fair. We'll take it.
Mayor Hugo: That is fast, are you sure.
Frasier: Yes, I've had the whole night and whole morning to think about it and I've discussed it with Teri she likes it to. Teri?
Teri: Yes, we'll take it. 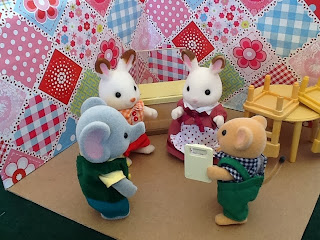 All shook hands and Sydney promised to take care of the paperwork. On their way home Teri and Frasier discussed chatted excitedly. They already have everything planned out, it has been done months ago. So now they can finally begin to set up shop. 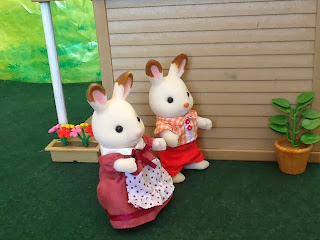 Teri and Frasier are extremely tired, but very satisfied. Never have they worked so hard in their lives. They managed to set up their Pizza Parlour in two weeks. Two weeks ago they had nothing now they have a fully functional Pizzeria. They are quite proud of what they have accomplished. Tomorrow is the big opening, but tonight they will have a small birthday party first. 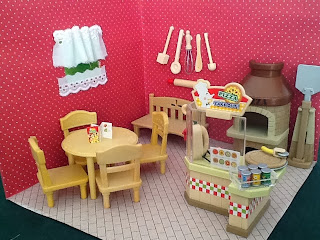 Their daughter Freya is turning 14 today and though Freya indicated she is not interested in a party her parents have convinced her to invite a few friends over so that they can test out the pizza oven. Freya agreed, but insisted that it is not a birthday party, but a pre-opening party. Her parents were happy to agree to this. 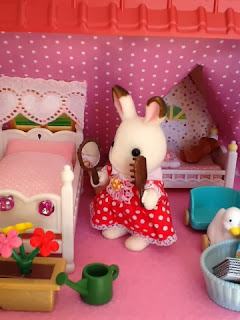 Freya decided to invite Candy Mulberry to the pre-opening party. Candy is her best friend, as well as the two boys Daniel Fielding and Baden Renard. Daniel and Baden are in the same class as Freya, and best friends too. Teri also invited little Clop to the party, in order to give his parents a bit of a night of. Bridget already had plans. 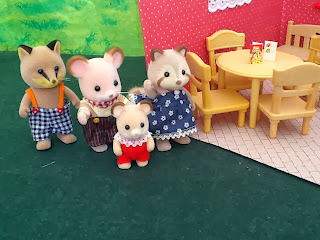 The four guests arrived together and to Freya's dismay with a present, but Candy quickly handed it  to Mrs Chocolate "Congratulations on the new Pizzeria" she said and winked. She already knows her friend too well. "Be sure to see alot of us" Baden Renard chimed in. 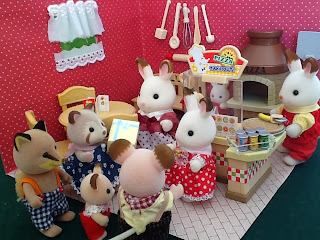 They made themselves comfortable at one of the tables and immediately started chatting. Teri's heart warmed when she saw this. She is very aware of the fact that the move was extremely hard for Freya and to see her so comfortable with her friends gave Teri great satisfaction. Cremé immediately took Clop's hand and let him to a corner where they could play. 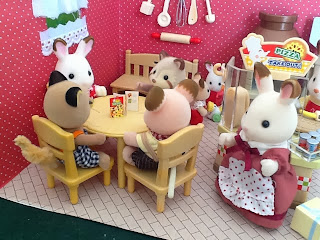 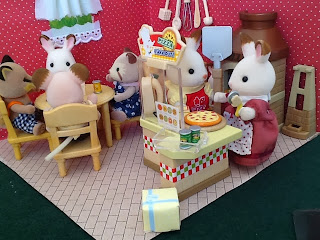 Frasier and Teri also made themselves comfortable on a little bench and enjoyed their first pizza's in Sugarbush Valley and as they tasted the first bite, they knew this is the beginning of great things. 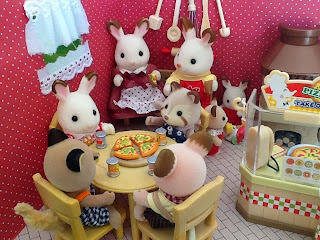 Posted by Eaton Blackberry at 06:09