Arrival of the Hunter-Smyth family in Sugarbush Valley.

It was a dreary day in Sugarbush Valley. Luckily it wasn't raining yet, though it was dark and overcast. It was confirmed that the Hunter-Smyth family will arrive in the village today. Hugo and Kenneth Furbanks was waiting with Sydney Hazelnut at the Commune. 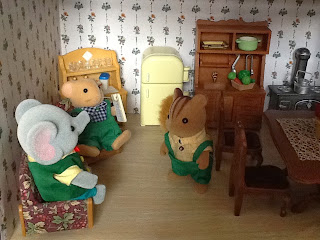 The Hunter-Smyth's room was ready and waiting for them. 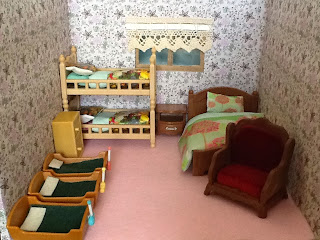 Despite the miserable weather the kids has gathered outside and was playing different games, the older girls were watching the babies. 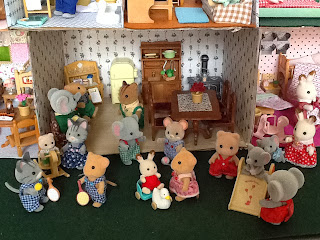 Upstairs Savannah was having a quiet visit with Mona, while Emily was taking her nap. Savannah appreciated the few seconds of quietness as she was babysitting Lumy Honeybear for her friend Tamsie and both Nellie and Ivor had their best friends, Mark Maces and Katy Honeybear, over for a sleepover too. 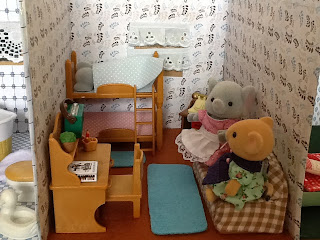 Isabel Fisher has not been that lucky, she has been struggling for over an hour to put the twins down for their nap but because of all the laughter coming from outside that was an extremely hard job. 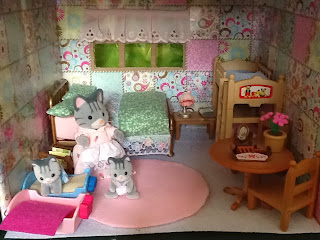 Elsewhere Teri Chocholate was tidying their room. She was very excited about the arrival of the new family. She has heard that Camilla and her husband Charles will be opening a dress shop, and Teri just loves shopping for new clothes. 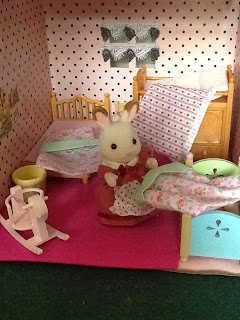 The next moment someone shouted "they are here, they are here". Everything came to an immediate standstill, for the Hunter-Smyth family has finally made it to the village. 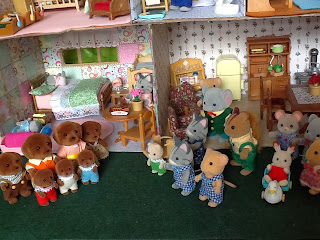 Hugo immediately rose to his feet and rushed outside to meet the new residents of Sugarbush Valley. 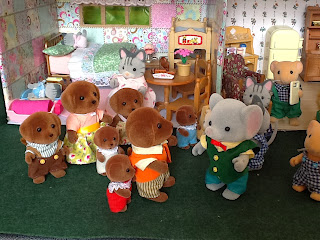 Isabel was relieved that she managed to get the twins to bed just in time and went outside to introduce her to Camilla. Mona and Savannah had also came downstairs.Little Gerard immediately decided to have a look around, but Hector and Thomas decided to keep close to their mother. 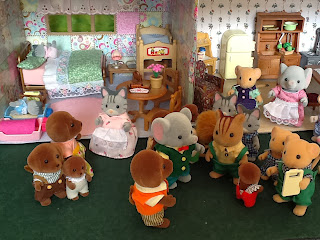 As soon as the introductions were made, Sydney ushered everyone inside and straight to the Hunter-Smyth's room.
Camilla: Wow, this is way more than I expected. Before we had kids me and Charles went on a backpacking trip through Australia. We spent one night at a backpackers, it was terrible. So when I heard we will be staying in a Commune until we found a house, I was very skeptical, but this is perfect and nothing compared to that horrible experience.
Hugo: I'm relieved that you are satisfied. As I explained in my letters, it is nothing fancy, and should only be functional and comfortable.
Sydney: Ok ready to see the rest?
Charles: Yes, please. 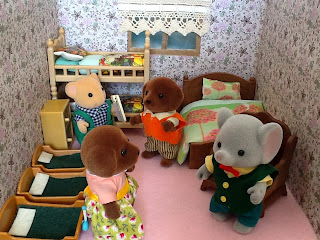 Hugo and Sydney quickly gave Camilla and Charles the "grand" tour.
The bathroom. 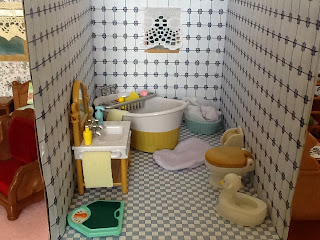 Hazelnut's room
(Due to the lack of space, they have a sleeper couch as a bed) 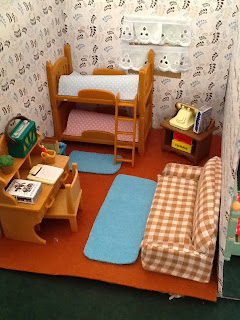 Spare room
Currently this is unoccupied, but Stilton and Rosemary with their children will soon move in here, while their Cottage are being refurbished. 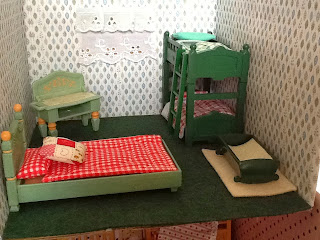 "On the ground floor the one room is occupied by the Fishers and the other by the Chocolates. We also have a lovely fully equipped kitchen, explained Sydney." Savannah and the rest of the woman living in the commune immediately made Camilla feel welcomed and while the men was sorting out a few final detail, the woman was getting comfortable in the kitchen. There was alot of catching up to do. 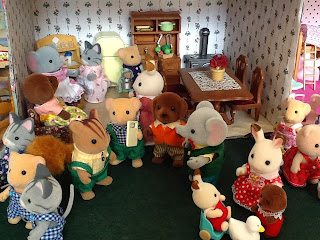 Posted by Eaton Blackberry at 05:31