Herewith my first story for 2017. I cheated a bit as the photos were already taken in Dec 2016, but does that really matter. Happy reading!

It was another lovely day in Sugarbush Valley, and what made it even more lovely, was the fact that it was Cassandra's day 'off'. Once a week the children walk to and from school on their own, which gives Cassandra a few precious hours to do her own thing. 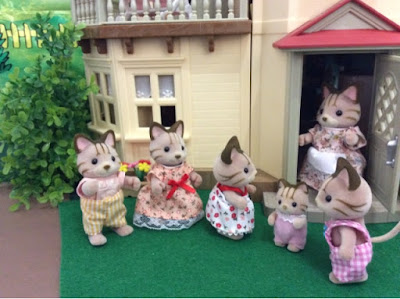 "Have a nice day children, and remember to drop off Skimble first!" she yelled after them. She could imagine the eye rolls from her two older children Mistoffeless and Grizabella, as if they will ever forget about Skimble. 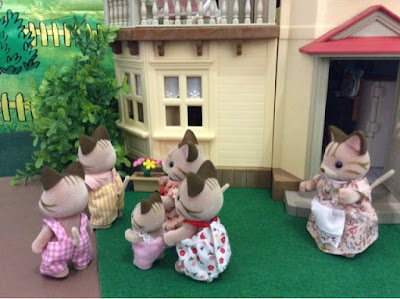 "What will I do today?" Cassandra wondered out loudly. There were always a few things she had to do, but she always tried to make time to go into the village and meet up with some of the villagers. Having good relationships with everyone were very important to Cassandra. 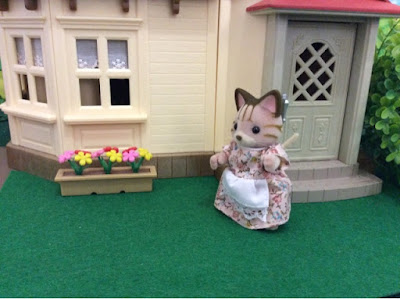 Today she decided to treat herself to tea and cake at her friend, Pippa's cake shop. And just maybe she will meet someone to chat to there. 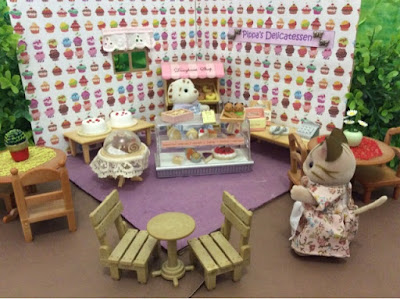 "Good morning, Cassandra!" Pippa greeted friendly. "I haven't seen you in a long time, the children keeping you busy?" Cassandra smiled, "Yes they do, between home work, after school activities and the house building, things have been hectic. But I'm happy to say that the house is finally finished and now we can start decorating and everyone can settle into their own spot. It was quite hard to live, eat and sleep in one room." Pippa listened with interest, "That is a relief! We do have some big changes coming with regards to our living arrangements as well, but I don't want to get ahead of myself." 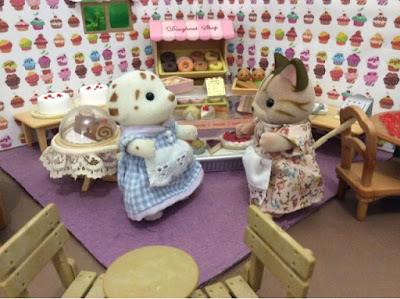 After some more chatting, Cassandra found a table and ordered a pot of tea. She was glad to see Cecilia Teak entering the shop. Though they have met, they haven't had a chance to chat and she would love to learn more about Cecilia. "Good morning Cecilia, do come and join me." Cassandra waved Cecilia over. 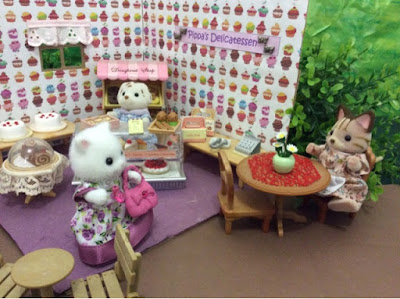 Cecilia was happy to join Cassandra, she was still new in Sugarbush Valley, and though the villagers were very friendly, it was still hard to make friends. 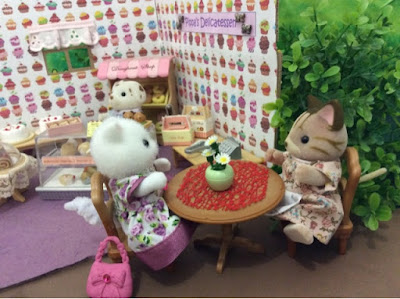 "Good morning, Cecilia." Pippa greeted friendly. "I hope you don't mind, but I brought you a cup for tea as well, or should I rather get you something else? Cecilia smiled, "I would love some tea, thank you." 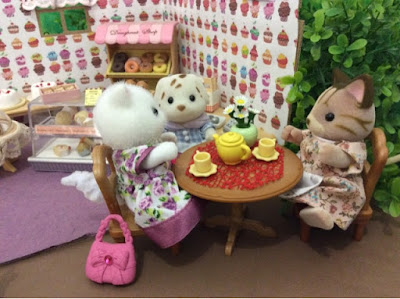 "So how are things with you and your family, still happy about your decision to move to Sugarbush?" Cassandra inquired. "Oh yes, everyone is so friendly and helpful, we love it here." Cecilia replied. "And how are you finding Commune living?" Cassandra continued. Cecilia blushed a scarlet red, "I must admit, that is a bit hard, we like to keep to ourselves, and sharing a bathroom and kitchen is a bit of a challenge, but everyone's helpfulness make up for that." 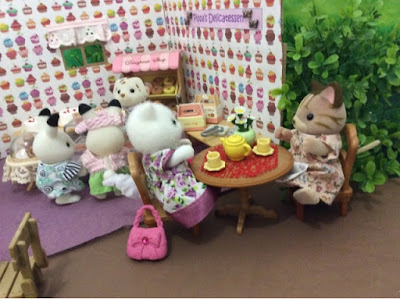 "Oh I can understand that, but I love the idea of the Commune providing alternative housing for the villagers waiting for houses." Cassandra explained. "I agree." Cecilia smiled. "Good morning Mrs Macavity, good morning Mrs Teak." It was the Blackberry twins, Yvette and Ingrid. "Good morning Ingrid, Yvette? Isn't it too early for cake?" Cassandra inquired. The twins blushed scarlet red but explained that it is Mr Huckleberry's birthday and they wanted to surprise him with a treat. 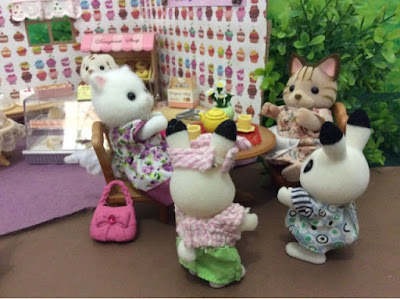 The twins hurried off, realising that they were already very late for school. While Cassandra and Cecilia finished their tea. 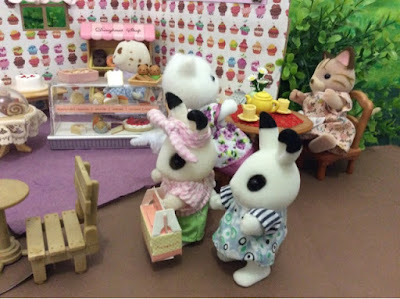 "Thank you for the company, Cecilia. Have a good day and good luck with the house hunting." Cassandra greeted. "No, thank you, for inviting me. It was lovely to have a quick chat with you." Cecilia said thankfully. 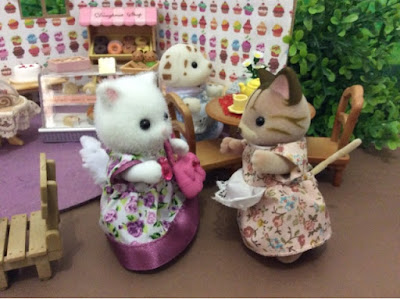 On her way out, Cassandra met Willow Thistlethorn. "Good morning, Willow! How are you?" Willow greeted Cassandra with a huge smile, "I'm good, thank you Cassandra." The two ladies talked a while about the latest happenings in the little village. It was then that Willow told Cassandra ... 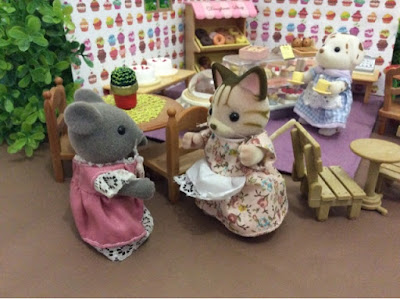 "Have you heard that Nelson and Beth have moved to away?" Cassandra couldn't believe it. She knew that Nelson wasn't very happy with all the changes in Sugarbush, but to move away was a bit drastic. "What? No! That is awful, he was such a huge institution in our little village." Cassandra quickly greeted Willow and immediately went to the little Bramble cottage on the outskirts of the village, she had to see for herself. 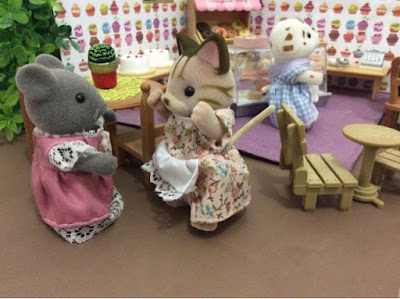 But Willow didn't lie and the rumour was true, because as Cassandra came up to the cottage she could see the Renards outside, and it looked like they were moving in. 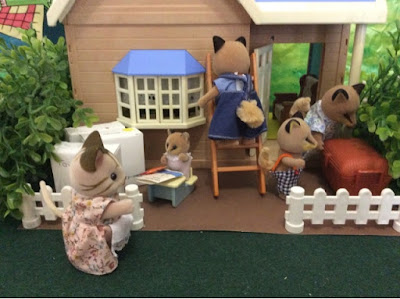 "Cassandra! What brings you by?" Roxy Renard noticed Cassandra approaching, and greeted her friendly. "Hey Roxy, I hope I'm not intruding, but I've just heard the news that Beth and Nelson moved and I just didn't want to believe it." Cassandra explained. 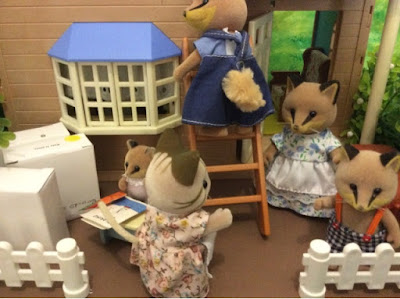 Eric climbed down form the ladder and greeted Cassandra too, "Yes, they've been planning it for a while now, but kept it a secret. Kenneth approached us first to buy the house, apparently Nelson wanted it that way. I think this was also the last house that Kenneth sold as realtor of Sugarbush." Eric clarified. All this information was just too much for Cassandra, and then she realised what Eric just said, "Wait..." she was very confused, "does that mean the Furbanks has left the village too." Cassandra didn't wait for a reply, she just greeted the Renards, and walked off, feeling miserable. 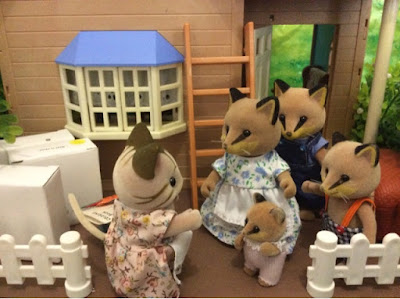 Cassandra wondered to the park, and found a bench. "What is going on in our village, why is so many villagers moving away, I thought we were such a happy village." 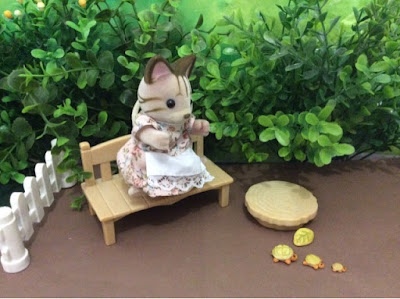 Her thoughts were interrupted, by Kelly Basset. "Hey Cassandra, why so depressed, are you ok?" he asked. "Oh Kelly, I've just heard that the Puddlefords and the Furbanks left our little village, and I'm just depressed, because something must be wrong!" Kelly realised she was upset and tried to explain, "On no Cassandra, don't think that! You know Nelson, lately he hasn't been happy, but only because he doesn't like change, but I've heard that they are very happy in Sweet Berry Valley. The Furbanks story is not such a happy one, but again it has nothing to do with the village or the villagers behavior." 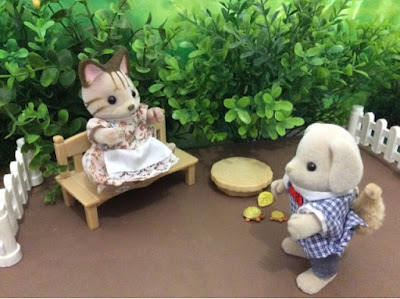 "But then I need to tell you that the Hazelwoods also left this morning on the bus. Their idea of an Orphanage just never worked in Sugarbush, and the residents of the old age home, is so self sufficient that they don't want any carers. They are moving to Marygold Creek, and believe you me they will be very happy there!" Cassandra felt a little bit better after talking to Kelly, but she still decided to walk over to Tourist & Realtor office. 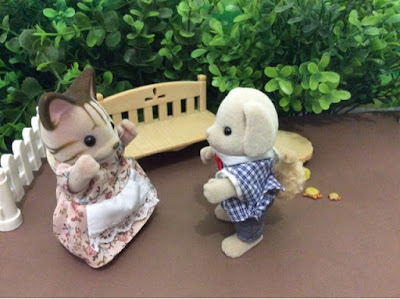 Outside the office she met Rosemary Bouquet. "Cassandra? Are you ok, you are as white as a sheet?" Rosemary was quite surprised by Cassandra's expression. "Oh Rosemary, I'm just so upset, why have Kenneth and Emma moved away, without saying goodbye even, and all the others." Rosemary immediately understood, "Cassandra, their has been complications, with the adoption of Alfie and the fostering of Alyssa, some procedures weren't followed, and they went to try and sort that out." 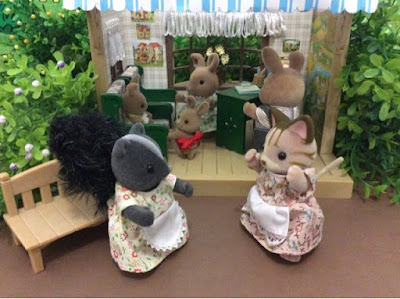 Herbage heard the two ladies talking and decided to try and calm Cassandra down, with the correct information. Rosemary was relieved, and quickly scrambled off, she too was somewhat upset. "You shouldn't worry too much Cassandra; Kenneth, Emma and the children are fine and happy. They just need to sort out a few things. Please don't worry about them. And before you heard further upsetting news, Durwood and Pansy also left the village yesterday, but to me they were never permanent villagers. Cassandra nodded, that was true, but she still felt depressed and slowly made her way home. 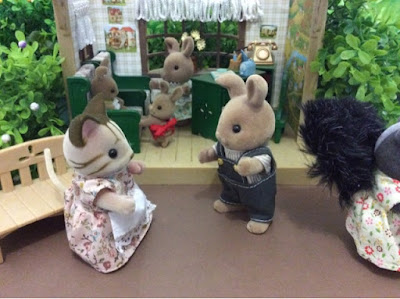 When she arrived home she found Alonzo putting some finishing touches on the house, and she was surprised to find the children already back from school. 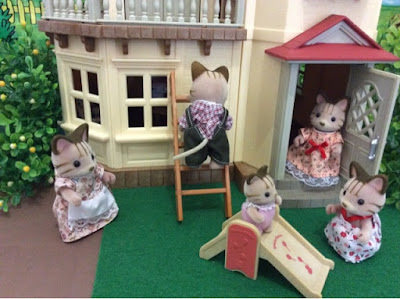 "Cassandra, you are back, how was your morning." Alonzo seemed truly happy to see her. "Sweety are you okay?" he asked 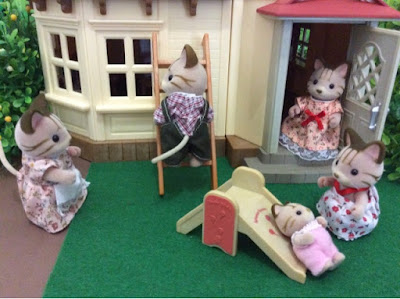 "I guess, I'm just a bit upset about everyone that is leaving Sugarbush. It feels so personal, as if I did something wrong. Maybe I should've tried harder to be friends with them." she explained. "Nonsense my dear, you are great, caring and a very good friend to everyone, you couldn't have done more. Things happen in life, and other's decisions are based on that, they do what are best for them, but I'm sure they appreciate your concern. Why don't you make contact with them, inquire if they are ok, and then keep contact with them, that way they will know how much you care." Alonzo suggested while hugging his wife" 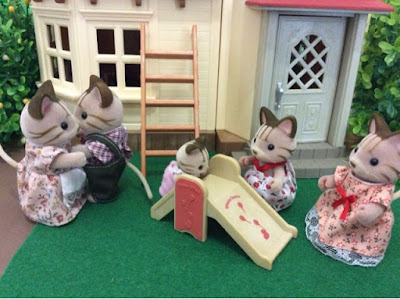 "Alonzo, that is the best idea I've heard all day, thank you honey, for caring so much. Let's go inside, I need some tea." Cassandra replied happily. 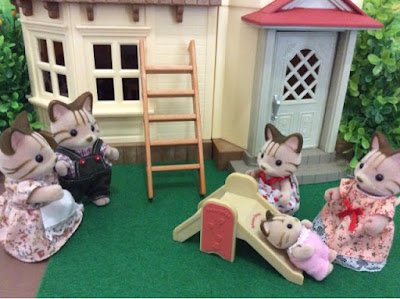 Posted by Eaton Blackberry at 23:07